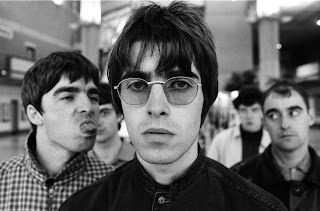 The Mercer County Library System has an extensive collection of books and recordings covering all your favorite types of music. As a lifelong fan of rock music, I've had many different “favorite” groups. But since the early 1990's, one group has been on the top of my favorites list - the British band Oasis. Oasis was based in Manchester, and offered an alternative to the “grunge” sound popular in the United States. Other popular “Madchester” groups at that time included The Charlatans UK, Stone Roses, Happy Mondays, Inspiral Carpets, James, and 808 State. Most are long forgotten, while Oasis still has a following to this day. The band was formed in 1991. Although some members of the band came and went, the core of the band were two brothers, Liam and Noel Gallagher. The older brother, Noel, did most of the songwriting, played lead guitar, and did some of the vocals. Liam did most of the vocals, and was essentially the frontman and “face” of the band. Oasis exploded on the musi
Post a Comment
Read more

Do I Need It or Do I Just Want It? 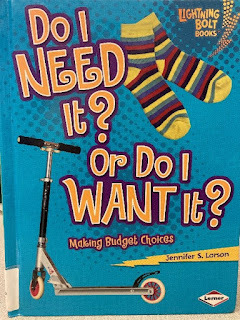 In this day and age of wants versus necessities, there are important choices that we all have to make. Advertising would have us believe that acquiring more things makes us happy. However, this leads to many people trying to find happiness with the newest gadgets or purchases and finding out that happiness does not necessarily follow. Many find that the less they own, the happier they are. Knowing when and on what to spend money, and different ways to save money, can lead to long term happiness and satisfaction instead of the short-term happiness we get with spending on unnecessary items. As I wrote in my previous blog post, I am in the process of learning about choices that I can make regarding my financial future. I regret not having candid conversations with my parents and significant other in the past about money and how to successfully invest and save. I also wish I had discussed finances and money with my children starting at a very young age. Part of the problem is that I, myse
Post a Comment
Read more 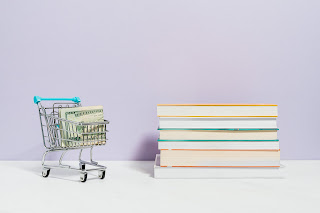 Dear Tech Guru, I would like to catalog my home library in the easiest and most basic way possible. People have recommended using GoodReads and LibraryThing - are these my only options? Signed: Help Stop Me from Buying Books Twice Hi Help Stop Me from Buying Books Twice, GoodReads and LibraryThing are two of the more popular book tracking websites. Both are free to sign up and use. There are many others out there, both free and with paid subscriptions, but I’m not going to discuss them today.  Both GoodReads and LibraryThing have apps that allow you to scan the ISBN barcodes on books by allowing access to your phone’s camera. Once you have scanned the barcode, you can chose how to catalog the book - is it something you’ve read, want to read or you already own. You can create your own digital shelves to keep track of books you may have read for book clubs, were recommended by friends, or even books you have purchased and do plan on reading at some point but more good books keep com
1 comment
Read more

Canon is a loaded term in the Star Wars franchise. Between films, television shows, streaming shows, video games, novels and so much more, it becomes increasingly difficult to keep track of which official releases fit where in the modern canon or continuity of Star Wars . Under the direction of the Walt Disney Company, Star Wars production company Lucasfilm established in 2014 that only the first six episodic Star Wars films, as well as the latter iteration of the Star Wars: The Clone Wars film and television show, were to be considered canon moving forward. This monumental decision was made to allow future storytellers to effectively develop brand new stories in the Star Wars universe unbeholden to the previous canon of the “Expanded Universe” stories, now known as “Legends.” To help make modern Star Wars canon a bit more digestible, the following is a comprehensive list of every Star Wars film, television show and streaming show in chronological order. Star Wars: Episode I –
Post a Comment
Read more

One of my favorite parts of being a librarian is what we call “readers’ advisory,” aka book recommendations. I don’t mean recommending books that I like or that I think are “the best”; instead, library patrons tell me what they like, what they are in the mood to read, and I suggest books I think they’ll enjoy. A title might immediately spring to mind, but more often I need to do some research to find good suggestions. I have been stumped when I’ve asked a library patron who some of their favorite authors are, and they’ve told me: Shakespeare. This isn’t as simple as “if you liked All’s Well that Ends Well then you’ll love Bartholomew Fair .” It is possible these readers who like Shakespeare are highly sophisticated lovers of Elizabethan drama and poetry - but I don’t think that a reader like that would come to a public librarian and ask for help finding more writers like Shakespeare. So, you, let’s say, love Shakespeare. What books do I suggest
Post a Comment
Read more

Longing for Baseball Past 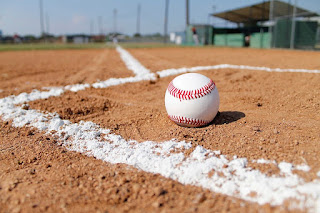 When I was young there were few, if any, people I knew who were bigger baseball fans than I was. By the time I was 7 years old, I knew every player on every team in the major leagues. I went to my first game when I was 8 years old and was a regular at games from that point until about two years ago. It didn’t matter the level, Major League games, Minor League games, high school games or college games. There was just something about baseball that I enjoyed from childhood right through adulthood. The strategy of the game was always a huge draw for me. In addition, I always enjoyed the numbers of baseball - statistics and records. But over the last decade or so, baseball hasn’t had the same appeal for me. Maybe I am one of those deemed a traditionalist, but I’ve never been a fan of the designated hitter. I would love to see interleague play go the way of the Dodo bird. And the statistics and records that have always been a huge draw for me have been diminished. The steroid era made ma
Post a Comment
Read more

Building a Perennial Garden for Bird, Bees, and Butterflies 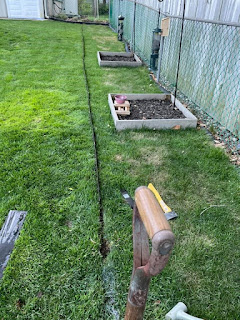 Last spring and summer I worked on a project to enhance my backyard as well as provide an eco-friendly area to support birds, butterflies, and pollinators – I designed and built a perennial garden. There were a few reasons I took on this task, admittedly some were practical or aesthetic and less out of an environmental consciousness. On the practical side, I had a lack of bees for my vegetable garden, my neighbor’s yard was dumping run-off along my fence and killing the grass, and we had bird feeders that dropped seeds everywhere - they were hard to clean, plus yielded a good number of weeds. So, I knew I wanted to plant something along the area in front of the fence, but was just not sure what I wanted – this is where the aesthetics and environmentally friendly aspects come in. Below is a recounting of my journey with some resources you can find at the Mercer County Library System or through our electronic resources. My first step was to decide what to plant. I had toyed with the ide
Post a Comment
Read more
More posts