Showing posts from February, 2015
Show all 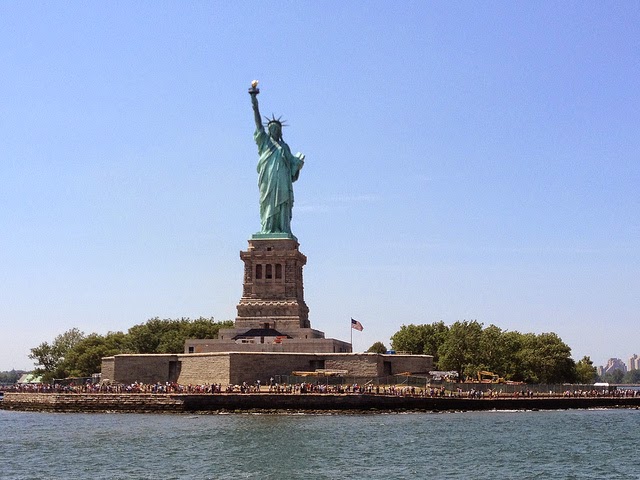 A few weeks ago, a patron asked where the oxen previously seen around the Hopewell Valley area were manufactured. The reference librarian searched and found that they were made by a company in Philadelphia which makes various other fiberglass animals and sculptures for their customers. On their site was a thirty-foot tall Statue of Liberty that you could buy for your personal use. Seeing the fiberglass sculpture made me think about the real Statue of Liberty, my last trip there, and what may have changed in the meantime.

It has been many years since I visited the Statue. The first time was in elementary school. I was so scared going up the spiral stairs to the top that I had to turn around! The second time, it was a personal challenge to go all the way up. I made it and I am glad I did. It was fascinating to see the inside of the sculpture and enjoy the view from the crown. A lot has changed from then – but not the stairs! 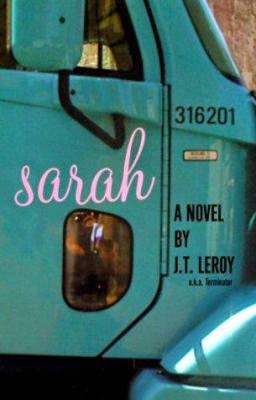 Sometimes the line between fact and fiction is broad and deep and straight; but, other times, it is narrow, shallow, and very curvy. We have a few of these curvy titles in our library. You may look at them with new eyes when you consider the backstory.

On our shelves we have several fiction works by J.T. Leroy – Harold’s End; The Heart is Deceitful Above All Things; and Sarah. All these novels, which were well received by critics, were published as the work of J. T. (“Terminator”) LeRoy. We now know that J.T. LeRoy is the pen name of Laura Albert.

Usually a pen name is an innocuous kind of entity. It allows a real person (the author) to take a pseudonym. The pen name may be cute or satiric. It may be used by the author to try out a different genre of writing, indicating by the pen name that the work is to be seen differently from the author’s usual writings. Sometimes, a pen name is simply for the purpose of anonymity. 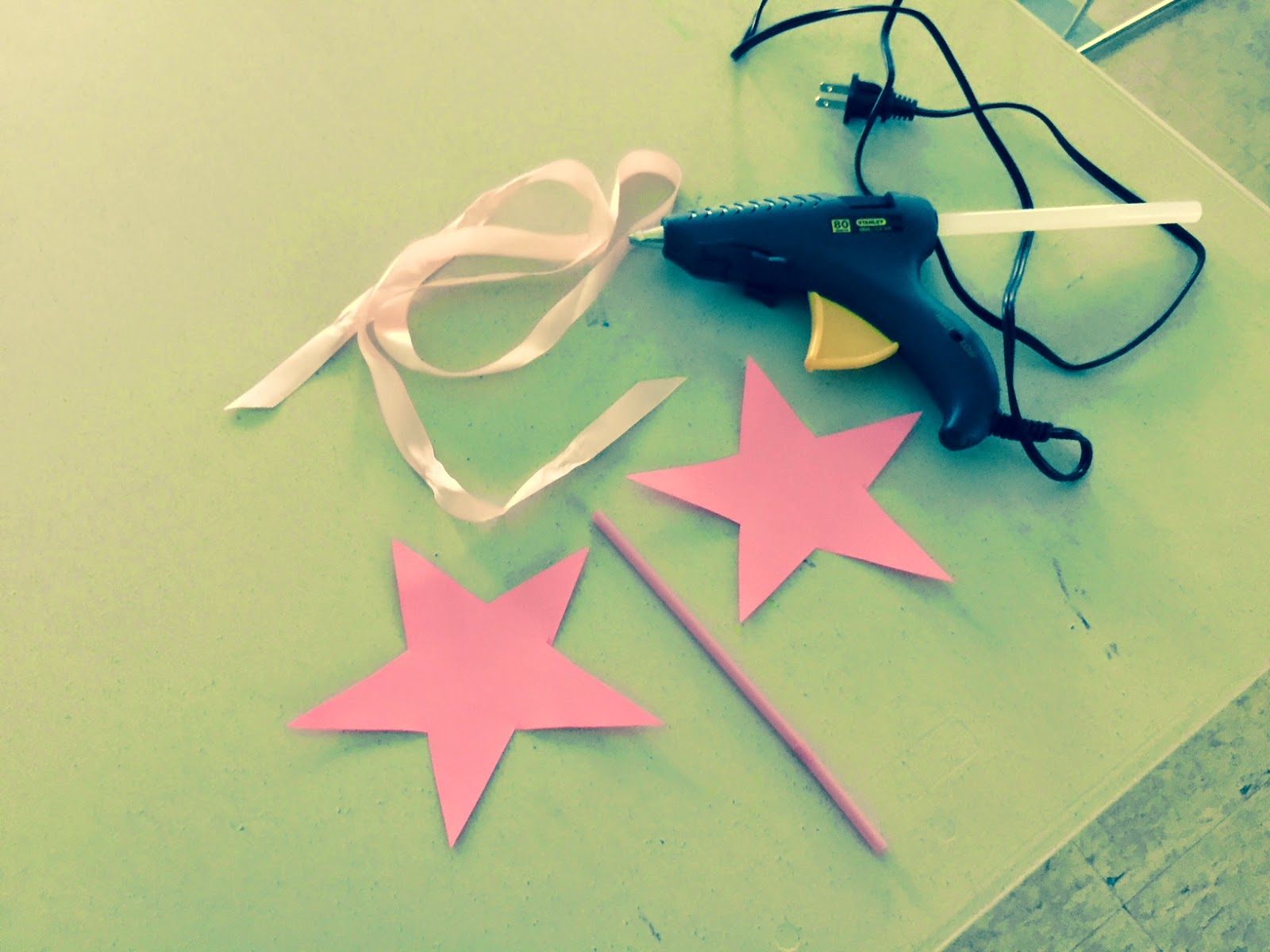 Fairy tales are fantasy stories that occur in an imaginary land and time. They are very popular among young children and parents. The phrase “once upon a time” is the magical gateway that takes readers to a fantasy world, where they encounter fairies, elves, dwarves, trolls, witches, giants, goblins, and mermaids. Each culture has its own traditional stories, but the origins of many are unclear. The oldest fairy tales were passed down orally from generation to generation before they were written down.

Fairy tales have been written in the form of stories, plays, and novels by authors such as Jacob Grimm, Carlo Collodi, Charles Perrault, Hans Christian Andersen, Lewis Carroll, and Alexander Pushkin. Most of them convey a strong message, such as doing good deeds, and morality lessons can be learned, including:

Let the Library Help You Get Growing!

Some selected books on vegetable gardening from the Mercer County Library System collection.
General Guides The Vegetable Gardeners Bible by Edward C. Smith is a comprehensive guide to all aspects of growing vegetables and herbs. It discusses planning your garden, the tools you will need, soil preparation, and includes an introduction to composting and an illustrated guide to dealing with disease and pests. A series of plant and herb portraits follows the extensive introductory material covering guidelines on sowing and growing, how to plant, watering and sunlight requirements, suggested nutrients as well as some suggested varieties. These portraits range from one to several pages long and include color photography.

The Gardeners’ A-Z Guide to Growing Organic Food by Tanya L.K. Denckla is another good general gardening guide. In addition to vegetables and herbs, this title includes a section on fruits and nuts and also covers planting and maintaining trees, bushes and canes. The plant …
Post a Comment
Read more

Too Many Books, Too Little Time

An inveterate reader, I used to be very caught up in my reading. By that I mean I would have read a majority of the titles mentioned in all those end of the year "best book" lists that appear everywhere. If I read a favorable review of a book, I would make sure to read that book. Or, if a friend recommended a book to me I would read it within a reasonable time frame to be able to discuss it with her while she still remembered the book. Of course, I would always have read the latest books by my favorite authors. I had a habit of finishing a book even when I did not much care for the story or the writing style. But lately, it seems I never have enough time to read all the books I like and want to read, let alone read books that do not hold my interest. So, now if a book does not grab and hold my interest by the first fifty pages, I discard it and move on to another book. Which means that a book has to be pretty darn good for me to finish reading it. Be it the powerful characte…
Post a Comment
Read more

The annual Consumer Electronics Show (CES) wrapped last month in Las Vegas and, as usual, featured some interesting new technology that you may start seeing or hearing about soon. A full wrap-up of the event can be found on C|net, Mashable, Engadget, and USA Today among many others. Here are a few items these websites have featured as either a hot gadget, unusual, or something so neat it should start trending this year

C|net has a review of Soundwall, which is pretty much a speaker that doubles as a piece of artwork (or vice versa). The device uses WiFi or Bluetooth to play music from your mp3 player, phone or tablet while at the same time displaying a piece of artwork. The artwork is high-end fine art, so the prices vary depending on which piece you choose to display. The Soundwall website features a catalog of the available pieces.

Another device featured on the C|net review that would count as unusual is the Petcube. Set-up the Petcube i…
Post a Comment
Read more

February is for Chocolate Lovers 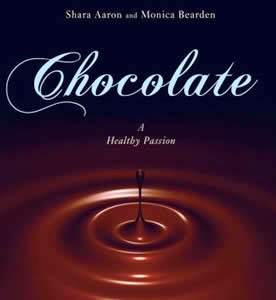 I think a lot of times our relationship with food goes back to a childhood memory. My relationship with chocolate comes from my mom. She was obsessed with chocolate. Obsessed. Especially dark chocolate. I always think of her when people say they are “chocoholics”. To me, she was the original. One of my fondest memories is of my mom cozying up with her Hershey’s Special Dark Bar. She would eat it in bed, and sometimes polish off the whole thing in one sitting. She was known to hide it from the rest of the family. Every year on Valentine’s Day my dad went to Emile’s candy shop, a local shop in Oceanside, New York that was up to my mom’s standards, to get their special 2 pound box of chocolates. I am not sure which was better, watching my mother’s joy while eating them, or watching her identify each individual chocolate just by looking at them.

If you have a fondness for chocolate, or if it brings back sweet memories for you, here is a list of great books and websites for the chocoholic …
Post a Comment
Read more 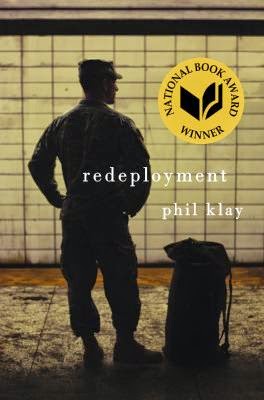 The National Book Awards have become an icon for honoring and celebrating outstanding American literature and authors. Each year, exceptional literary works in fiction, nonfiction, poetry and Young People’s Literature are nominated for this award. Finalists are selected from a long list of titles nominated from each of the genres by a distinguished panel of judges drawn from leading authors and literary luminaries. Finally in November, after months of anticipation, the winners are declared in the National Book Awards Ceremony. This month we feature winning titles and select finalists in the categories of fiction and nonfiction. All titles can be found at the Mercer County Library System!


Redeploymentby Phil Klay
Winner of the 2014 National Book Award in the category of fiction is this collection of short stories by Phil Klay, an ex-Marine who served in Iraq. The stories bring to the fore the true human cost of war and the toll it takes on the lives of those involved. For the soldie…
Post a Comment
Read more
More posts