Showing posts from April, 2017
Show all

I love to browse the shelves of a library. As a teenager I was always looking for something new to read so I started what I called browsing missions. One mission I would look for small books; on another mission I would look for bright-colored covers. I would walk up and down the aisles of the library looking for something that caught my eye or matched my mission. These browsing sessions have netted me a number of good reads and some not-so-good reads. Over the years I have learned it all has to do with how we pick the books we see while browsing. To help you get an idea of what I have learned, picture this: You come into the library and head to the new book section. You spend some time browsing the spines and covers of the books, a few look interesting. You pull one off the shelf and flip to the back cover (or the inside jacket cover) to read the summary. It sounds like something you might like so you turn to the first page. You read the first line, maybe the first paragraph a
Post a Comment
Read more

Since its inception in 1974, the National Book Critics Circle (NBCC) recognizes, each March, the best literature published in English in the United States in the categories of fiction, nonfiction, poetry, biography, autobiography and criticism. The NBCC is comprised of more than one thousand book critics and editors from across the country and its twenty-four member Board of Directors selects the finalists and winners in each of the categories. The organization was founded with the mission of not just honoring the best in literary writing but also inspiring a national conversation about reading, criticism and literature. On March 16, 2017, the 2016 NBCC winners were announced in a ceremony hosted at the New School in New York. Acclaimed Canadian author, poet and literary critic Margaret Atwood was awarded the prestigious Ivan Sandrof Lifetime Achievement Award while the John Leonard Prize for a first book went to Yaa Gyasi for her novel Homegoing . LaRose by Louise Erdrich won
Post a Comment
Read more 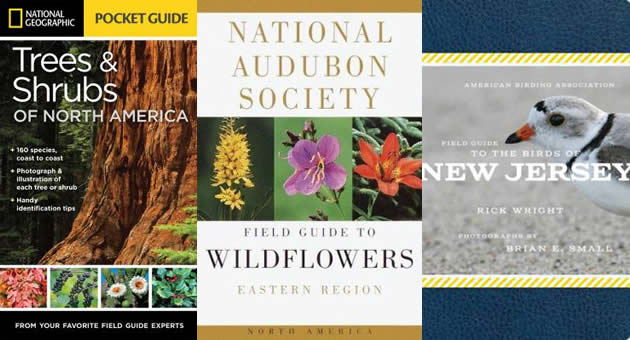 My friend sent me a link to an article on short hikes in New Jersey— 15 Incredible Hikes Under 5 Miles Everyone In New Jersey Should Take —which included many that I have enjoyed but also a few new ones. It made me think of near-by short hikes I have taken over the years and how convenient they are from Mercer County. Sometimes you do not want to go for a long drive just to get to the hike, especially if the hike is 5 miles or less. Two nice, easy hikes in the Jackson area (combine hiking with some outlet shopping!) are the Assunpink Wildlife Management Area  and Perrineville Lake Park . Assunpink does not have a formal trail system, but does have dirt roads with lots of pull offs. You can ride around, park your car in various places, and get great views of the lake and wildlife. The Perrineville Lake Park trail brings you through fields and forest, with a beautiful lake view on your left. The terrain is not as flat as Assunpink, but is still easy to walk. On the Hunterdon si
Post a Comment
Read more

The Book is Better than the Movie? The Science Fiction Edition

Whether you want to see the world of your imagination come to life, get through that second half of the story before your book discussion group meets tomorrow night, or simply see how someone else interpreted the novel, the film adaptation is here for you. Emerging at the tail end of the 19th century, the film adaptation has brought one literary work after another to life, from classics like Oliver Twist , Moby Dick , and The Great Gatsby to more contemporary pieces of fiction such as The Silence of the Lambs , The Girl with the Dragon Tattoo , and the hyper-popular Harry Potter series . Movies based on books can do many great things—they can give an author a shot in the arm and reinvigorate the interest surrounding their work, introduce a new generation of readers to a piece of literature, or simply provide viewers with a quality piece of entertainment. But there is also a dark side to the movie adaptation. Adaptations are sometimes labeled unfaithful to the author’s vision and
Post a Comment
Read more 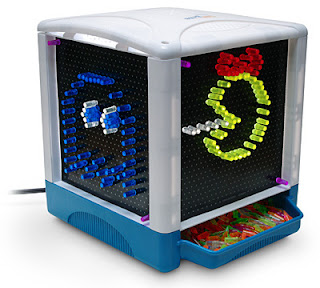 In fashion and home décor, we often see that what is old is new again, but this is not a concept that typically carries over into the field of technology. Except that now, for the first time in history, the age range that goes in for nostalgia purchases (around 30-50 years old) is comprised of a group that was raised on technology-based toys, games, and entertainment. I had an inkling that the nostalgia trend had come to technology this past Christmas, when my sister informed me that the one can’t-live-without toy on my niece’s list was a Lite Brite . While the new LED flat-screen version does not resemble the boxy monstrosity I recall from the 1970s, the concept is the same—place black paper over the screen and plug away with colorful pegs to make a design or picture. I should have seen this coming since the same niece had asked for a Deluxe Spirograph the year before; not technology, but a retro STEM toy. The trend has continued into other areas that have advanced a lot in te
Post a Comment
Read more 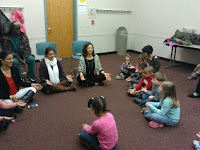 Yoga is a combination of exercise and meditation that brings together peace of mind, spirit, and body. It aims to harness our inner energy in order to attain balance between the mind and body. Although they seem simple, these exercises have a great impact on our daily lives. Yoga can assist in achieving a more content life and brings harmony to all of our vital organs. Yoga is becoming increasingly popular in schools and in after-school activities. Yoga is beneficial to toddlers in many ways. It promotes: physical and emotional development confidence brain development concentration calmness a boost to the immune system Apart from the individual benefits, parents and toddlers can practice yoga together with playful poses while listening to music. This enhanced interaction between parent and child increases bonding and builds trust. They can do yoga anytime and anywhere! The Mercer County Library System provides a variety of yoga classes for everyone. Call your local bran
1 comment
Read more

The Discipline of Gratitude

A little while ago, I heard the words "developing a discipline of gratitude" in passing and they really struck a chord within me. The word "gratitude" is a noun defined as "the quality of being thankful" but just like anything else, if it is not combined with discipline and repetition, it does not come naturally. It is important to be cognizant of the fact that there are countless things of which to be grateful. We may not realize the day-to-day blessings that we have in our lives. A home where there is safety and security, a kitchen filled with food, clean and unlimited water available at our disposal, and good health are just a few of the things that we often take for granted. We tend to pay more attention to the things that are not going our way and end up complaining and feeling dissatisfaction. Our minds become filled with negative thoughts and this negativity seeps into everything we do and say. Feeling sad, disappointed or upset is completel
5 comments
Read more

Cherry Blossom Viewing in the United States and Japan 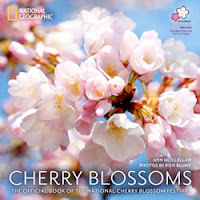