Showing posts from August, 2012
Show all

Getting to Pride and Prejudice, Silas Marner and the rest of the classics without tears… 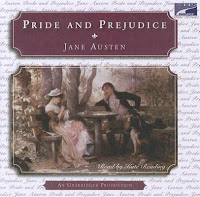 Last year, I was faced with a fourteen year old daughter (whose most ambitious reading to date had been the lengthy and complex Harry Potter series and one of Shakespeare’s plays, which she had to dissect word by word) and a copy of Emma , chosen by me from her summer reading list as the most accessible classic for her. I was ready to tear my hair out trying to help. The trouble wasn’t just that the words were hard. It was that she’d never encountered anything like the society inhabited by the Bennet sisters. While the magic of Harry Potter was accessible to my daughter, the formal language, manners and mores of Jane Austen created a different world. My daughter could read the opening chapters, and have no idea why the Bennet girls were dependent on their father to meet the new neighbors. She’d read the next chapters, and have forgotten what happened in the first few pages.  In an effort to make the setting more alive, we started looking at the 1995 BBC version of Pride and
Post a Comment
Read more

This month, we continue our series on creating a digital archive and take a look at how to handle cassettes, vinyl and almost any other type of recorded audio.  So, if you have oral histories, music or more you want to digitize from an older format, read on. First, a quick note about oral histories and other spoken word recordings before we get to the technical details about digitizing audio.  For these, you want to keep in mind that a written transcript is often the best way to preserve the content of the recordings and make them accessible to other users.  Poetry, short stories and oral histories in text format can be published, posted to a website or collected in a printed volume.  In most cases, you may not want to keep replaying the original as you transcribe, so you will want to digitize first.  Digitizing may also make it easier to do the transcription, since you can use an mp3 player or your PC to play back the audio. Now on to the digitizing!  The first key is to have a
Post a Comment
Read more

The First Day of School 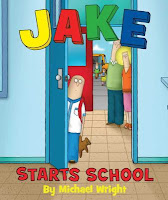 For some children, school can’t come early enough. They’ve been staring at those big yellow busses in anticipation… new friends, new faces and new fun! Others, however, need a little coaxing on that first day. Even those who’ve been through preschool and daycare are not always ready to jump into kindergarten. The first day can be rough. One way to prepare for the new experience is to read a few books together, so you and your child know what to expect. Here are some ideas for the new student in your life: Jake Starts School by Michael Wright Told in rhyme with bright colors, Jake Starts School is a story about overcoming anxiety. Jake simply won’t let go on the first day; he clutches his parents’ legs so hard that they must stay at school with him. By the end of the day, Jake is able to stand on his own, much to everyone’s (comic) relief. Butterflies in My Stomach and Other School Hazards by Serge Bloch Our narrator is only a little nervous about school. Everyone
Post a Comment
Read more 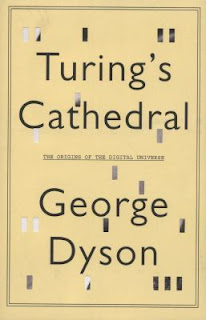 Tucked away in the Technology section of the New York Times was an article that caught my attention the other day. Computer scientists at Google had built an intricate software system that had the extraordinary capability of recognizing faces. The unique feature of this software was that it taught itself to learn - a rudimentary prototype of how the human brain works. Navigating through vast amounts of data, it extracts the key knowledge components and uses them to make an inference. In 2011, IBM had introduced a powerful computer, Watson who triumphed in a game of Jeopardy against two all- time champions of the Game. The increase in computing power by several orders of magnitude and the sophistication of the computer algorithms have led to giant strides in the fields of searching, pattern recognition and artificial intelligence. In a short span of fifty years, computers and processors have pervaded almost all spectrums of business. They are at the core of communication networks, t
Post a Comment
Read more

August 17, 2012
Looking for a job?  Want to make a career change? The library has many resources to assist you. On our homepage , there is a link to Electronic Resources where you will find three data bases to help you in your job search: Job & Career Accelerator, Learning Express Library and Career Transitions. Career Transitions will help you prepare a job-specific cover letter and resume, explore different career paths, assess your skills and search job listings. For example, a patron recently created two different resumes using Career Transitions—one for a customer service position and one for a sales position, two area in which he had extensive experience. Job and Career Accelerator puts jobseekers on the fast track to get hired with courses in Microsoft Word, Excel, Access, PowerPoint, Publisher and more.  Learning Express Library will show you how to improve your interviewing skills, how to use social networking for career success and how to create a better resume and cover letter.  The
Post a Comment
Read more 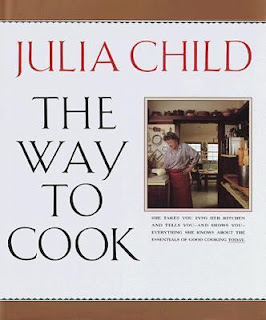 What better way to celebrate than with a sumptuous homemade meal and a lovely French pastry? Author, TV cook, and food icon Julia Child was born on August 15, 1912. A California native, it was her husband’s job which took her to France in 1948, and it was there that her cooking career began.  After taking classes at the prestigious Cordon Bleu cooking school, she published her first book, Mastering the Art of French Cooking (along with co-authors Louisette Bertholle and Simon Beck.) Julia filmed a short cooking segment for public television when she returned to the States; it was immediately popular and led to her first television series, The French Chef . Now we can turn on the TV to one of several food-focused networks and watch cooking shows all the time.  This wouldn’t be the case without television pioneers like Julia. She showed viewers that it wasn’t as hard as we thought to make great food at home. She made mistakes on camera and laughed, and really enjoyed what she wa
Post a Comment
Read more 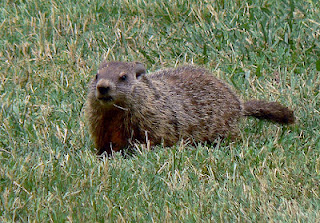 In the midst of our busy lives, filled with jobs, families, and responsibilities, another world exists, filled with animals, birds, and plants.  Often we don’t even notice them.  However, if we slow down just a bit to stop, look, and listen, another world awaits us. A few years ago my family travelled to Yellowstone National Park in Montana.  As we drove through the park, we saw animals that we had never seen before.  Buffalo are much bigger in person than on TV!  Grizzly Bears and cubs are very illusive, but with good binoculars you can observe them up close and personal.  We saw a lone wolf running along a river.  Mountain sheep climbed high among giant rock formations.  Some of the animals were easy to spot.  Buffalo are hard to miss.  But it took real effort to notice that lone wolf.  We paid attention because we didn’t want to miss anything. I have found that I get the same pleasure noticing animals in my own backyard that I found spotting animals in Yellowstone.  Looking out
Post a Comment
Read more

Table it! Inserting a Table in Word 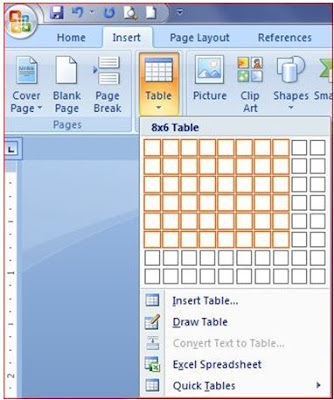 Word is not just for creating a plain old document. Trying to read page after page of data can be tedious. Why not give your Word document a boost by displaying some of your information in a table format? Inserting a table in your Word document to display some of your data breaks the monotony of a text-ridden page and makes it easier to retrieve the information that the reader wants, quickly and easily.  Unlike columns, tables are much easier to work with: you can align data in a table without having to constantly use the tab key or the space bar. To insert a table in your word document, click on the Insert tab and then click on Table . Make sure your insertion point is where you want the table to be placed . From the Insert Table menu, scroll over the squares and, magically, a table will appear on your page. You can instantly insert a table with eight rows and ten columns by clicking on the last square on the Insert Table menu. If you know the number of rows and columns you will
2 comments
Read more 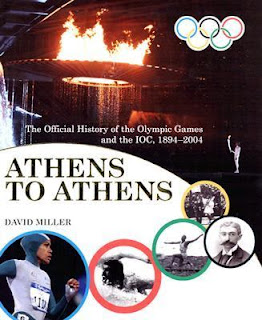 From July 27 until August 12, a total of 10,500 athletes from 204 nations will compete in 26 different sports at the 2012 Summer Olympic Games, being held in London, England.  Originating in ancient Greece, the Olympic Games were revived in the late 19th century and are considered the world's foremost sporting spectacle, showcasing the skills of both amateur and professional athletes.  Read all about the history, people, events, and records behind the Olympics with these books available at the Mercer County Library System: Athens to Athens: The Official History of the Olympic Games and the IOC, 1894-2004 By David Miller This the first full account of the history of the Olympic Games, its administration and the myriad triumphs, disappointments and scandals that have befallen the event since its inception in 1894.   Athens to Athens tells the story of the historic competitors—from Spyridon Louis (the inaugural Marathon winner) and such heroes as Jim Thorpe, Paavo Nurmim, Son
Post a Comment
Read more
More posts