Showing posts from September, 2016
Show all

Get Smart to Stay Healthy @ Your Library

Mom called me one day to say that she had been diagnosed with Sjrogren’s Disease . I wondered “What the heck is that and how do you even spell it?” My parents seemed to more often share the health-related changes occurring in their lives. Mom told me what the doctor said and it did not sound too terrible. However, I knew that Mom did not ask the doctor any questions. She was brought up to respect physicians, believing that asking any question would be an insult. Wanting to help her, I thought of my own questions, such as “How might this change Mom’s life? How will the new medication mix with all her other medications? What questions should we ask her doctor?” Flickr Creative Commons "Doctor Greeting Patient" As a librarian who visits her own doctors regularly, I usually want to know more than the doctor has time to tell me. Let us face it most physicians do not have the time to teach us even if they would like to. Rather, they tell us what to do and not do. “Take this
1 comment
Read more

Aaron Burr: A Founding Father and "The Guy That Shot Him" 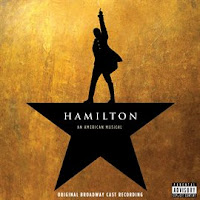 Lately, due to a Broadway hit & the possibility of changing the face of the $10 bill, there is a lot of buzz around the name Alexander Hamilton. Clearly, Hamilton is having a moment. He was the scrappy immigrant founding father, revolutionary war veteran, lawyer and U.S. Constitution supporter who developed our treasury system and died in an infamous duel. Someone who is not so well known is the founding father who challenged him to the duel, shot and killed him, Aaron Burr. Hamilton: An American Musical In the highly successful Broadway play, Hamilton , Aaron Burr is set as the villain. (Maybe you recognized the quote in this blog’s title from the play.) The real man was complicated, both brilliant and ambitious. His dramatic fall from grace through this duel is the best known part of his life. In fact, he was a forward thinking founding father who was an abolitionist and an early supporter of women’s education and voting rights. Burr was born and raised here in New Jersey,
1 comment
Read more

An aMAZing Time at the Howell Living History Farm

Summer is fast coming to an end.  There are autumn decorations in the stores; you will get used to seeing mustard yellow, burgundy and brown color schemes instead of the aqua blues and light greens of June, July and August.  Even though it feels like the summer went by in a flash, all these cues make us start looking forward to fall activities – most specifically the corn maze at the Howell Living History Farm . This year marks its twentieth anniversary, New Jersey’s longest running corn maze .  Twenty years!  It still feels like the new, cool thing to do once September comes.  This year, the maze design is a mule-drawn canal boat, celebrating the history of the Delaware and Raritan Canal.  October 7-10 and 14-16 you can also experience the second annual aMAZing Pumpkin Carve , sponsored by the Hopewell Valley Arts Council. The Howell Living History Farm is a treat to visit even when there is not a giant maze to explore.  You can see up close how farming was done in 1900.  It gives
Post a Comment
Read more

For the purposes of this blog post, this anglophile is not referring to Trinity College, Oxford, as the “Oxford Trinity”. I am, of course, talking about the three extremely appealing Masterpiece mysteries: Inspector Morse , Inspector Lewis and Endeavour , all set in the beautiful and photogenic city of Oxford. Inspector Morse is a much-loved show of mine — I even dedicated a blog post to the titular Inspector in 2013. I was grateful that the Mercer County Library System owned the DVDs, which allowed me to indulge in binge watching like the PBS glutton that I am! The show is like comfort food to me and I watch reruns of Inspector Morse whenever I feel the need to see a program that is literate and engaging with interesting characters and beautiful music. Bereft of new episodes of Inspector Morse, I was ecstatic when they released its prequel, Endeavour , which resurrected a young Morse and provided the back story of how Morse came to be. But that is for another blog post. This blo
Post a Comment
Read more 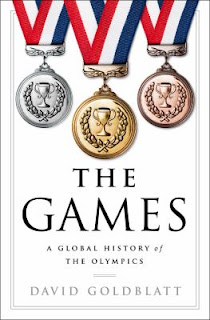 For two weeks in August, the eyes of the world were turned on Rio de Janeiro when Brazil hosted the 2016 Olympic Games. It was two weeks of intense excitement as more than 11,000 athletes from 207 different countries competed in events ranging from the popular track and field, gymnastics and swimming to the newly introduced sports of golf and rugby sevens. Though the ancient Olympic Games date all the way back to 776 BC, it was more than a thousand years later that the Games in Athens, held in 1896, signaled the start of the tradition of the modern international Olympics with nations from all over the world participating in the Games every four years. The Games serve as a constant reminder of the tremendous diversity of the human race and the enormous energy which inspires nations to explore performance levels that had been impossible before, by stretching limits at both individual and team levels. Among the high stakes and drama of winning medals, it is ultimately the triumph of
Post a Comment
Read more

Go to Area Museums and Attractions for Free!

If you are new to the Mercer County Library System or even a long-time patron, you may not be aware that we offer passes to museums and other attractions for free. With pleasant fall weather on its way, this is a perfect time to take advantage of our pass offerings. The system’s pass program began in 2009 with a three-branch pilot program and has grown to have passes available at seven of our nine branches. Passes can be borrowed for three days and reserved up to 90 days in advance with a valid library card. Use the drop-down menus and calendar in the upper right to limit your reservation search by branch, pass, number of days shown and date. Note that passes cannot be transferred between branches, so they must be picked up and returned to the branch where they have been reserved. In most branches, passes are picked up at the reference desk and may be returned in the book drop. Passes are provided for free thanks to the generosity of the Friends of the Library groups from the
Post a Comment
Read more 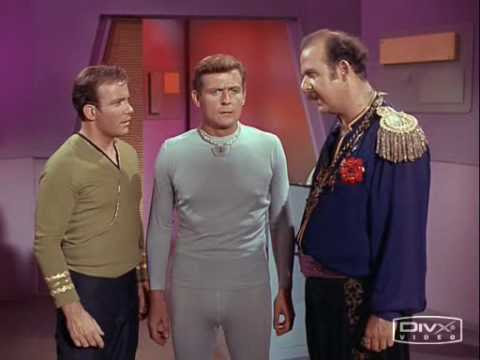 Misconceptions, deceptions, falsehoods, outright lies … Theeeese are a few of my FAY-vorrr-ite thiiiiinnnngs! Well, not really, but be honest: You were far more stoked at the prospect of reading this tedious post Note 1 And trust me, it will try your patience. when you thought, for just a second there, that I might be serious, right? Which means you’re probably pretty bummed now since I seem to be implying that I’m not going to make the case for the above-listed states of, um … O, let’s just say “truth-deficiency”. But hold on. I still kinda am . So remain unbummed, Gentle Reader. Because here goes: Remember that episode from the original Star Trek series in which Kirk and his crew are held captive by a bunch of relentlessly logical androids? Remember how our crafty heroes overcome these foes? In case you don’t Note 2 And if you don’t, you just failed possibly the simplest, most rudimentary nerd-test. : Kirk tells Norman, the head android, that everything another characte
Post a Comment
Read more

What Do You Dream … When the Temperature Hits 100 Degrees? 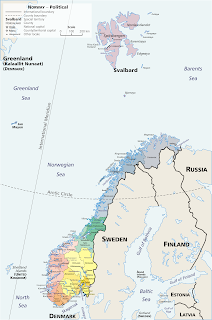 Perhaps androids dream of electric sheep as sci-fi author Philip K. Dick wrote, but in the dog days of summer, my dreaming turns to colder climes and snowcapped peaks and icy waters. And so let us all dream of Norway. Only a bit larger than Montana, with a population of about 5 million, at the same latitude as Canada’s Northwest Territories, Kongeriket Norge , The Kingdom of Norway, has mountains, fjords, and small farms. Although milder in winter than you might think, there is snow cover for 3 months a year. In the summer, average temperatures might be about 60 degrees in Oslo, but warmer inland. From Norway we got Vikings — always a fascinating topic — and now, oil. Norway is the largest petroleum liquids producer in Europe and third-largest natural gas exporter on the planet. Norway exports large amounts of natural gas to its European neighbors. From oil, fisheries, and timbering, Norway has one of the highest standards of living in the world, with cradle-to-grave social se
1 comment
Read more
More posts