Showing posts from January, 2013
Show all

Have You Read a Good Movie Lately? 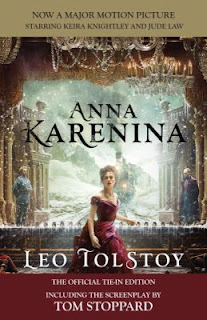 One of Hollywood’s greatest treasure troves for good movie stories has always been novels.  Hollywood history is full of book blockbusters crossing over to screen blockbusters; Gone With the Wind , To Kill A Mockingbird , The Godfather , all the way up to the present day with films such as The Help , The Life of Pi and all the Harry Potter and Twilight movies.  A Hollywood producer knows that if you need a go-to source for a big hit go to the best seller list.  Less of a sure thing has been the classics.  Movies based on literary classics have a very hit or miss record.  For every success like the 1943 adaption of Ernest Hemingway’s For Whom The Bell Tolls , starring Gary Cooper and Ingrid Bergman, which won one Academy Award and was nominated for a total of 9 awards and made a ton of money, there is a miss like the 1958 adaption of Fyodor Dostoevsky’s The Brothers Karamazov starring Yul Brynner, Lee J. Cobb and William Shatner (yes Captain Kirk!) which earned a total of $44,000 do
1 comment
Read more 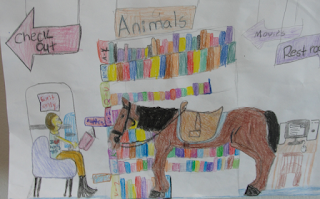 Mercer County Library System announces its spring 2013 art show, themed: Books “Draw” You In!   Children in grades 4 and 5 will be able to submit one painting or drawing, no bigger than 9”x12” to their local Mercer County Branch Library no later than Friday, Thursday February 28, 2013.  The art work will be judged on adherence to the theme Books “Draw” You In! and  on content, form and texture. A panel of local judges from each community will award local prizes of first, second and third place. Each branch will display its own entries and winners throughout the month of March.  The three winning art pieces from each Library will then go to the West Windsor Branch to be displayed from April 8-30. Contact your local Branch Library or a member of the youth services staff with any questions.  A flyer with a required art submission form can be obtained at any Branch location.   Explore and celebrate art and creativity with a few of these suggested websites: TheKennedy Center
Post a Comment
Read more

Music in the Clouds

January 22, 2013
A few weeks ago I finally began listening to music through a “cloud” service. I had been complaining to a friend about how weary I was of loading up my smart phone or my mp3 player with about a hundred purchased song files from my computer every few days – which is  how soon I grow sick of listening to a relatively small song play-list. I had even begun to believe that perhaps I was just bored with listening to music. How wrong I was. My friend highly recommended trying a cloud music service and putting all of my digital tracks into cloud  storage. Here is the beauty of cloud storage – it's all about seemingly endless personal digital storage space. The concept behind these oft mentioned clouds is actually simple. Your music files (or another kind of file) are saved or “matched” on a Web server and played from it (in most cases).  Hence, like rain falling from a cloud that’s above you...well, you get music, lots of your music. Why not just use Spotify to listen to streaming mu
Post a Comment
Read more

Start the New Year off right with books that will help you achieve your resolution to get fit and eat healthier. Here are just a few new releases worth checking out: The Starch Solution: Eat the Foods You Love, Regain Your Health, and Lose the Weight for Good! by John A. McDougall Fear of carbs has taken over the diet industry for the past few decades--the mere mention of a starch-heavy food is enough to trigger an avalanche of shame and longing. Here, diet doctor and board-certified internist John A. McDougall, MD, and his kitchen-savvy wife, Mary, show that a starch-rich diet can actually help you lose weight and prevent a variety of ills. By fueling your body primarily with carbohydrates rather than proteins and fats, you'll feel satisfied, boost energy, and look and feel better. The Cure for Everything : Untangling Twisted Messages About Health, Fitness, and Happiness by Timothy A. Caulfield With the goal of getting to the truth about our health, this book looks at bot
Post a Comment
Read more 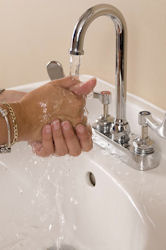 It’s cold and flu season again and recent news reports indicate that this year’s flu strain hit faster and is causing more severe symptoms than in past years.  Fortunately, the influenza virus is fairly easy to avoid if you take the correct steps to protect yourself.  There are plenty of places to turn for information about the flu, so here’s what you need to know about the flu and how to stay informed during flu season: Mercer County Division of Public Health has put together a flu guidebook aimed at families, but the information pertains to anyone.  The guidebook can be printed for easy reference when away from your computer and covers the basics from prevention to treatment, including a list of useful links. The old adage that prevention is the best medicine is very true when it comes to the flu, since it is caused by a virus and is not treatable with antibiotics.  Caught earlier enough, you may be able to take antiviral drugs to cut back on symptoms, but the key to staying
1 comment
Read more

A few of my favorite things ... in MS Office.

January 11, 2013
Since this is my last blog, as the Office Guru, on all things Office, I want to share a few of my favorite, and absolutely indispensable, Office tips. All the tips presented here deal with Word and Excel since those are the two most utilized programs. Read on and, hopefully, you will find tips that will save you a lot of time and frustration. Added an extra page in Word which refuses to go away? That can seem plain sloppy but when it's a blank page at the end of your resume that claims you are proficient in MS Office then say goodbye to that interview call! So how do you get rid of that superfluous page? Try clicking on the blank page and then use the Delete key. Several times if required. Yes, it's that simple. Unless, of course, you have a table on the preceding page in which case you will need to reduce the size of the table and your unwelcome page will automatically disappear. Hate the extra spacing between the lines in your Word document? Use the keys Ctrl + A
1 comment
Read more

Japan’s reputation in international cinema has been growing in recent decades, from the award-winning films of Kurosawa in the 1950s to the more recent explosion of Japanese anime and horror on the world film scene. You can read about these films and also see many of the most acclaimed Japanese films of previous decades on DVD at the Mercer County Library System. Japanese films are well represented in our system.  In fact, Japanese-language films rank fourth in our system in  number of DVD foreign-language titles behind Hindi, French, and Chinese. Post-war Japanese cinema Japan produced several great directors in the seonnd half of the twentieth century, but none gained as much attention around the world as Akira Kurosawa (1910-1998). Starting with Rashomon in 1951, and continuing with such films as   Seven Samurai in the 1950s, his films brought Japanese cinema to the attention of a world audience. You can read more about Kurosawa’s life and works in The Emperor and the
Post a Comment
Read more 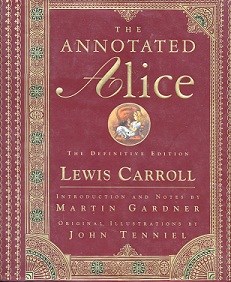 As children we were first introduced to stories, such as E. B. White’s Charlotte’s Web or Jonathan Swift’s Gulliver’s Travels . The tales, themselves, so powerful and engaging, that they are still enjoyable to read as adults. Take a look at their respective annotated versions ( The Annotated Charlotte’s Web , edited by Peter F. Neumeyer and The Annotated Gulliver’s Travels, edited by Issac Azimov), however, and the interpretations, explanations, and commentaries, supplementing the original texts, will shed a whole new light on these beloved childhood reads Original texts paired with annotations by scholars or literary analysts, allow readers to delve deeper into the author’s thought processes, character resources, historical influences, inspirations, and so much more. How did Tinker Bell get her name? What is the origin behind the Cheshire Cat’s infamous grin? How did Swift’s politics influence Gulliver’s Travels ? You may be surprised to learn “scholarly secrets” as they are are re
Post a Comment
Read more 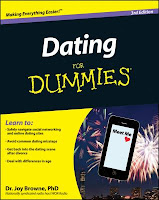 Are you tired of being set up on disappointing dates by your mom? Are you sick of friends dragging you out to bars and meeting duds and not studs? Are you secretly hoping that the love of your life will magically appear while quietly browsing the supermarket?  If you’re still single and ready to mingle, you better believe you can begin your whirlwind romance TODAY. Take matters into your own hands and visit your local library for free resources to get you back in the dating game or playing for the first time! Dating for Dummies by Dr. Joy Browne, PhD - What better series to kick-start your dating life than the Dummies series, whose motto is “making everything easier!” This series is known for its simple, user friendly approach that caters to beginners. Expert Dr. Joy Browne, a licensed clinical psychologist, offers a no-nonsense guide to modern dating and discusses: being the best person that you can be, hotspots for meeting other singles, online dating and safety, first date tip
1 comment
Read more
More posts