Showing posts from December, 2013
Show all

The Reading (and Watching) Dead

If you are a fan of AMC’s “The Walking Dead,” you know that the big mid-season finale has come and gone and now we have to wait until February 2014 to get our zombie fix.  That is a long time to be zombie-less, but as my co-worker Karen said, “You cannot have zombies for the holidays!”  And so I thought too, but February is a long way off and I cannot stay brain-dead that long so how about a few zombie books and films to tide us over till the return of The Walking Dead ? Patient Zero by John Maberry is a novel that appears on a number of “best zombie novel” lists.  It is the first in a series of books that feature Baltimore detective Joe Ledger.  Ledger is recruited by the U.S. Government to join the Department of Military Science and charged with stopping a terrorist group from spreading a bio toxin that causes people to die then re-animate as – wait for it – zombies, bent on attacking and infecting more people. Maberry is also a writer for comic books so you know there will b
Post a Comment
Read more 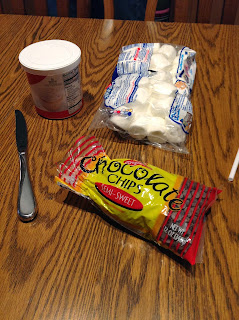 Warm up this winter by making an edible snowman to enjoy with hot cocoa! You will need: - 1 straw - A butter knife - 3 marshmallows - Vanilla frosting - Mini chocolate chips What you will do: 1. Slide marshmallows, one by one, up the straw. 2. Place frosting on marshmallows where the snowman’s eyes and buttons will be. 3. Place mini chocolate chips on top of the frosting. 4. Enjoy by itself or in a cup of hot cocoa. Then, cuddle up with a great winter-themed book! The Snowman  by Raymond Briggs Winter by Darlene R. Stille The Snowy Day by Ezra Jack Keats - Liz H.
Post a Comment
Read more

Stars In Our Backyard--Hidden Performing Gems in New Jersey

December 24, 2013
New Jersey has some “diamond in the rough” venues for quality performers which, admittedly, can be hard to locate but are absolutely worthwhile on a number of levels.  These are non-traditional venues – places you would not necessarily think about when you want to go to a concert, but you get great bang for the buck along with a “locational dissonance” that allows you to re-wire your sense of nostalgia.  An example of this is seeing Patty Larkin and Lucy Kaplansky (a PhD clinical psychologist/singer-songwriter) a number of years ago at the Grace Norton Rogers Elementary School in Hightstown, thanks to the organization “Outta Sights and Sounds.”  Larkin is a fairly well-known lightning-witted soloist and it was interesting to hear someone of her caliber while sitting in wooden auditorium seats designed for eight-year olds.  Scheduled on a steamy July weekend, it really was Midsummer Night Dream material, as I still have dreams about returning to school as an adult. Compare this wit
2 comments
Read more

Curl up with favorites by these writers, both contemporary and classic, this holiday season: Willa Cather My Ántonia This classic novel chronicles the life of Ántonia, a Bohemian immigrant woman, as seen through the eyes of Jim, the man unable to forget her. Jim, now a successful New York lawyer, recollects his upbringing on a Nebraska farm. Even after twenty years, Antonia continues to live a romantic life in his imagination. When he returns to Nebraska, he finds Antonia has lived a battered life. Although the man to whom she dedicated her life abandons her, she remains strong and full of courage. Ann Patchett State of Wonder A researcher at a pharmaceutical company, Marina Singh journeys into the heart of the Amazonian delta to check on a field team that has been silent for two years—a dangerous assignment that forces Marina to confront the ghosts of her past. Jane Austen Emma Emma Woodhouse imagines that she dominates those around her in the s
Post a Comment
Read more

project365: A Year In Your Life, In Pictures 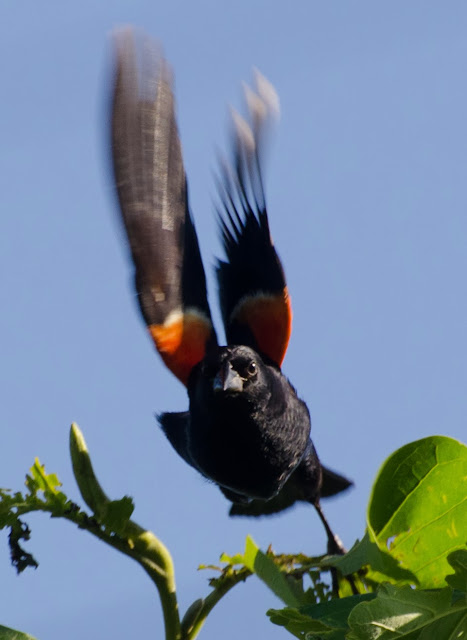 Earlier this year I embarked on an interesting endeavor I had been reading about online, a project365, which is basically a photo essay covering a year.  I would like to share with you my experience and offer some tips on getting started, in case you feel inspired to try one yourself.  The rules of the project are fairly simple, take a different picture each day for a year and post them online for others to see.  You can work around a theme (i.e., a year in the life of your kids) or just go with the flow and find something interesting to photograph each day.  You can start at any time, though many people do start on the first of the year.  My goal was to learn how to use my new camera and hopefully learn to take better pictures along the way.  However, my learning was not restricted to photography. My first lesson was learned rather early in the project when my new camera needed to go in for repairs after about thirty days of pictures.  That lesson was to go with the flow, cope with
1 comment
Read more

‘Tis The Season To Read 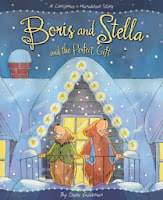 The holiday season can be very hectic and children may need a little extra encouragement to keep reading. One way to motivate your children to read over the holidays is to join a winter reading program. Many branches of the Mercer County Library System will be offering winter reading programs during December 2013 and January 2014. Details can be found at your local library or online . Maybe you could surprise your children with a book hunt. Hide a special book in the house and provide your children with simple clues to find it. Once discovered, sit down and read it together. Have a winter read-along with the whole family. Take turns reading aloud from a favorite book. Be sure to make it fun by using different voices or acting out the story as you read. Finally, stir up some excitement in your children by sharing one or more of these new holiday books from our collection: Boris and Stella and the Perfect Gift by Dara Goldman Boris and Stella are in love but do not have much mo
Post a Comment
Read more 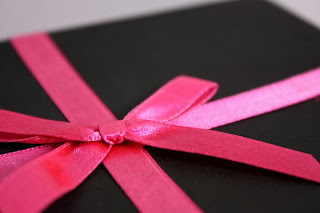 Following up on last month’s nonfiction selections , and just in time for you to wrap up your last minute holiday shopping,  here is a selection of books  in fiction, cooking and holiday foods perfect for just about everyone on your list. The list includes a range of titles to please different preferences and inclinations – a flavor for every taste…. Fiction The Signature of All Things by Elizabeth Gilbert Elizabeth Gilbert’s new book is centered on the life of Alma Whittaker, botanist and scholar born in the 1800s.  She inherited a deep love for plants and nature from her father and spent her lifetime studying evolution through research on moss.  Gilbert weaves a compelling and fascinating narrative  that covers the travails of its heroine, Alma, her  personal triumphs in her scientific and intellectual pursuits at a time when women in science were rare, her travels to distant lands  as well as the  romantic disappointments and heartache which intersperse her life. Based o
Post a Comment
Read more

The Teenagers Have Spoken

In a recent blog post , a librarian colleague mentioned that voting was taking place for this year’s Teens’ Top Ten, which is a list of books nominated and voted on by -- you guessed it -- teenagers.  Well, the results are in!!! After compiling over 32,000 votes, YALSA (Young Adult Library Services Association) announced the official winners, making up the 2013 Teens’ Top Ten list of finalists. It is no real surprise that Veronica Roth’s Insurgent is a favorite. The top ten titles, however, expand beyond the current “dystopian novel craze.”  Novels tackling diverse topics, such as espionage in Nazi-occupied France ( Code Name Verity ), living with memory loss ( Pushing the Limits ), as well as eating disorders and cyberbullying ( Butter ), are included in this year’s list of finalists. Additionally, the 2013 Top Ten contains its share of love stories ( Every Day ) and fantasy fiction ( The Raven Boys ), as well as a supernatural thriller ( Poison Princess ) .  For those of you who
Post a Comment
Read more

TV Series to Binge on This Holiday Season

‘Tis the season! To eat an entire turkey leg! To inhale mounds of stuffing! To ravage the leftovers the next day! To eat one more cookie! After a holiday meal, I do not tryptophan out on the couch because it is the perfect opportunity to binge again… on TV series on DVD. Let the relatives watch the Big Game or the Thanksgiving Day Parade recaps. I am all about calling dibs on the giant La-Z-Boy with my laptop and the hottest TV series. More addictive than sugar plums, these delectable series will keep you up past 2 a.m. watching into Season 2.  The most binge-able series have a few things in common: the compulsion to keep rooting for the good guys and booing the bad guys, tension building to cliffhangers galore, epic fails and triumphs, and best of all, series on DVD have NO COMMERCIALS. And the show only stops when you have had your fill. No bloat or hangover! All of the series below can be found through the library catalog website. Four Shows to Binge Watch Before 2014 Game o
Post a Comment
Read more
More posts