Showing posts from April, 2020
Show all 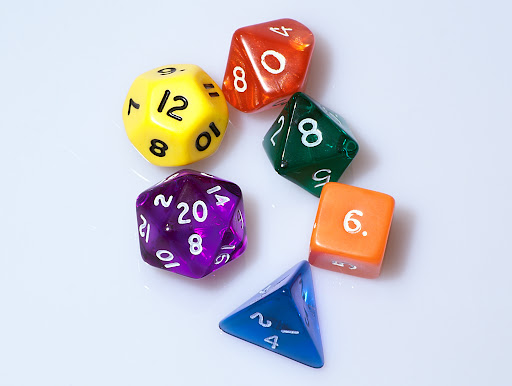 What you need in two easy steps Tabletop Role Playing Games (TRPG) have seen an increasing, and thankfully positive, prominence in the public eye in recent years. This has piqued many peoples’ interest in the hobby. However, many of these same people have found themselves daunted in their attempts to engage in the hobby. This article, and those following, will attempt to help break down those barriers and not only allow you to enjoy a new pastime, but forge new friendships! Join us on Fridays at 8:00pm on Facebook to discuss TRPGs. The First Step: YOU! Inevitably, when people think of TRPGs, they think of Dungeons & Dragons. And for good reason – the game has been in publication since the 70s, has had a mountain of multimedia made about it, and was unfortunately made the focus of the “Satanic Panic” of the 80s. That alone is a lot to take in and can be very off-putting. The same can be said of the hobby in general; the sheer number of games and number of books associated with
Post a Comment
Read more

Behind the Screens: Movie making for kids 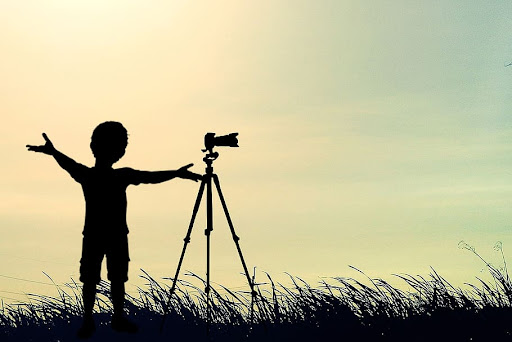 As parents (and especially as parents trying to maintain social distancing) it is easy to worry that our kids are spending too much time in front of their screens. One way to combat this is to get them to use those devices creatively – to get behind the screens! What I am talking about is movie making for kids. Phones and tablets provide all the technology needed your child to become a film maker. Making movies is not only fun but is a truly enriching activity for kids of a wide variety of ages. The process requires lots of creativity. Coming up with stories and scripts provides writing opportunities and working out lighting, sounds, and other details encourages technical problem solving. If kids are working in a group, they will have to give and/or follow instructions and the process fosters cooperation. When deciding to make a movie you must start with an idea. Your story should have a beginning, a middle and an end. Think about what kind of problem your character(s) will have
Post a Comment
Read more

April marks the 11th Annual TrashedArt Contest at the Lawrence Headquarters Branch - Remake, Reuse and Renew the items you would recycle or throw in the trash into something unique and beautiful and rethink the usefulness of garbage. This year is our first virtual contest - you may enter photographs of your creation via email until April 28. The artwork will then be displayed from April 29 through May 15 on the Mercer County Library System website where everyone can vote for their favorite. For more information, please visit the TrashedArt page . The library has spoken with a few former TrashedArt winners about their experiences with the Contest. Many of the participants have been artists for many years, and Helene Plank and Cathy Tsao are no exceptions. Ms. Plank relates how her experiences as an artist help transform ordinary trash into extraordinary art. Hello Ms. Plank. Thank you for speaking with us today about your TrashedArt experiences. The library and many of our
1 comment
Read more

Me by Elton John 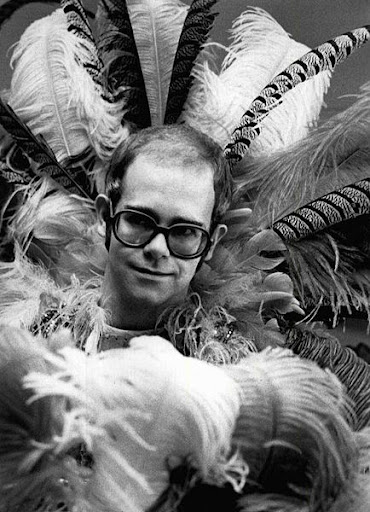 Me by Elton John is a fun, down-to-earth read by a mega icon in the music world who provided part of the soundtrack to my adolescence in the 1970s and followed the familiar rags-to-riches-to-figurative-rags path we have seen in celebrities of the late 20th century.  A mild-mannered boy who grew up in the post-war London suburb of Pinner, Elton (how can you possibly refer to him by his last name?) achieved a meteoric rise beginning from an episodic moment in a Los Angeles nightclub that propelled him to “owning” the 1970s music world, affording him world renown and a ridiculously extravagant lifestyle.  As he himself admits, this celebrity enabled him to sink to the profoundest depths of self-delusion through excessive drug use and distorted relationshipping.  Elton’s narrative is ultimately a comedy; he manages to achieve insight enough to find love and keep it, and not fall prey to the excesses of success - a level of success that is almost imaginable, given that he is arguably the t
Post a Comment
Read more

Hunting for something to do? Try a scavenger hunt! 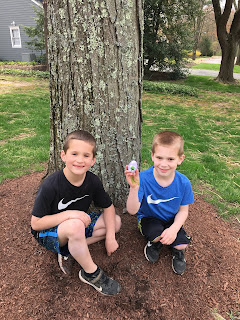 Scavenger hunts are a very popular activity at the Hopewell Branch. It is an activity that our young patrons expect to do whenever they come to the library. It started as something we did for special events. When we had a party or a show we would put up a scavenger hunt to give the kids something to do while they waited for the event to start. It wasn’t long before it was expected that there would always be a scavenger hunt. Recently I have had some parents ask about how they can do this at home. Ready? There are many, many scavenger hunts already on the internet! They have great graphics and many are free for personal or school use. One site that I use a lot is the Resourceful Mama . If I can’t find a scavenger hunt for a particular holiday, then I will search the internet for a free printable bingo card. These are the steps I take when preparing the hunt at the library: Step 1 – Find a free, printable scavenger hunt or bingo game on the internet. Step 2 – Print th
Post a Comment
Read more

Crafting for Those in Need

Do you sew, quilt, knit or crochet? Does your hobby help you relax, keep you busy, challenge you or do you simply find it fun? Use your crafting skills to support the organizations you care about. I’ve read the research that shows the mental health and aging benefits of crafting hobbies. And we all know how good it feels to share with others, especially with those who are most in need. Put these two together and the bounty of rewards for your efforts will be overflowing! If you are unsure where to start, ask crafting friends for suggestions or ideas. You can also do an online search using the type of project you’d like to make and “charities” as search terms. Also consider the type of organization that you’d like to help and use the internet to seek out charities that collect handmade service projects. An important part of the decision-making process is to contact your chosen organization first before beginning your project. You want to verify that they are accepting donations and
Post a Comment
Read more 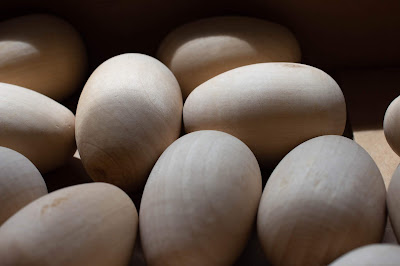 When I was a child, one of the things to look forward to was the day I smelled my mom putting vinegar into plastic cups – it could only mean it was time to dye eggs!  We would usually use the kit from the craft or grocery store, complete with the clear wax crayon you would use to draw designs.  The sad part was always having to eat the eggs later in the week. Skip ahead several decades to a day a few years ago when I found myself cleaning out some drawers and came across a green, intricately painted egg.  I recognized it as one I had seen around and knew it was something that my great-grandmother, who we called babcia (Polish for grandma) had likely made and was a traditional Polish egg (note these are also popular in Ukraine and other Eastern European countries).  This led me to some research and I figured, what the heck, why not try to make some myself?  I used to do a lot of art back in the day, but with my busy schedule have settled mostly on photography now even though I have pl
1 comment
Read more 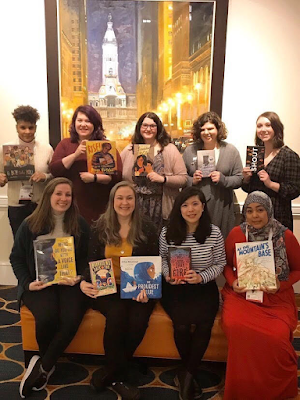 Rise: A Feminist Book Project, formerly known as the Amelia Bloomer Project, selects the best feminist literature for young readers every year. As a committee member, I am proud to be a part of an organization that serves as a resource for librarians and young readers about a topic I'm passionate about. I am pictured top right! How Do We Decide?   There are several factors that we must consider before adding a title to the list. First, and most important, is that we must evaluate whether or not the book has significant feminist content. There are hundreds of books published each year featuring stories with strong female characters as well as biographies depicting remarkable women in history, however these books do not always convey a feminist message. There are many key questions we must take into account - for example: Does the book challenge gender stereotypes? Do girls and women empower others? Does the book highlight underrepresented voices? It is also important that t
Post a Comment
Read more 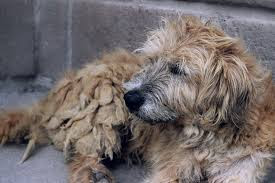 Anyone who is an animal lover and has lost a beloved pet knows the profound grief that can follow. I decided to do this blog post because I recently lost an African Gray parrot who had been my daily companion for 34 years. People who not like animals cannot understand the depth of grief that those of us who do will experience. One often hears insensitive comments like, "It's only a dog," or "It's only a ...," or "You can always just get another one." The grief that can result from this loss can be particularly felt at this time of pandemic, when the only company some may have for weeks or months is their dog, cat, bird or other pet. This loss is particularly severe for seniors who live alone; it may result in deep depression and a loss of the will to live. Psychologists recognize that some people may actually need grief counselling after this loss and that certain rituals - like a burial with friends and family and websites that have
1 comment
Read more
More posts