Showing posts from May, 2016
Show all

Short stories have a rich history and many of the renowned authors of sprawling tomes are also famous for their stories: Nathanial Hawthorne, W. Somerset Maugham, and Vladimir Nabokov, just to name a few. Hawthorne's The Scarlet Letter is 372 pages, Maugham's Of Human Bondage , is a whopping 611 pages and Nabokov's Lolita contains 335 pages. Compared to these novels, the short stories by these same authors are concise and brilliant little gems in which the authors are able to distill lives and emotions into a few dazzling pages. Understated but with an unwavering attention to detail, character based, and dense with apposite ambiance, a good short story can be ingenious in leaving the readers thinking about the story long after they have finished reading it. In some ways, the short story shares a similarity with another literary form: poetry. Just as poetry compresses language and tells us a lot in fewer words, so does a good short story. The short story could be the per
2 comments
Read more

Book Sales, Library Programming and You 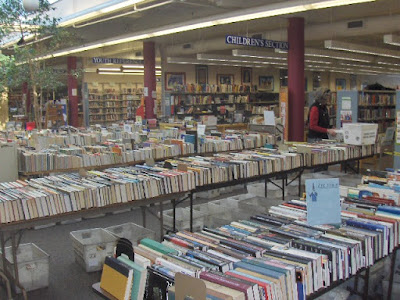 If you are a regular Mercer County Library System user, chances are at some point you have encountered your local branch’s book sale. Outside of the larger sales that many branches hold during the year, your branch might also have an on-going sale. Have you ever paused to think about how these sales are run and how they benefit MCLS? You or your children may have attended one of the library’s programs. It could have been a book club, cooking program, storytime and craft or one of the many exercise-themed offerings. Or maybe you found yourself amongst a Halloween parade winding through the library, or grabbed a take-home craft to help keep idle hands busy on a winter evening. Ever given thought as to how these programs are funded and wondered how you could help support them? MCLS book sales and programs are very strongly connected. All programming across the system is funded by each branch’s book sales. This is no small thing. In 2015, MCLS had over 6,300 programs with ove
Post a Comment
Read more 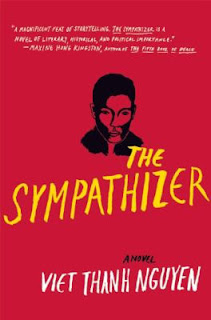 2016 marks one hundred years of Pulitzer history. The Pulitzer’s founder, Joseph Pulitzer, made an indelible mark in the field of American journalism in the later years of the nineteenth century – he was a newspaper publisher determined to expose any dishonesty or corruption. His vision and acumen is reflected not just in newspaper journalism, but in the present day Pulitzer Prizes awarded to the literature, history, music, poetry and biography that is published in America today. After months of eager anticipation, the names of the 2016 winners were announced on April 18th. This centennial year, the Prizes will be awarded at a special dinner hosted in October at the Low Library on the campus of Columbia University. The eighteen member board that presides over the judging process included, among others, literary and journalism luminaries - Gail Collins from the New York Times , Katherine Boo from the New Yorker and Junot Díaz, Professor of Writing from MIT. The Sympathizer by V
Post a Comment
Read more 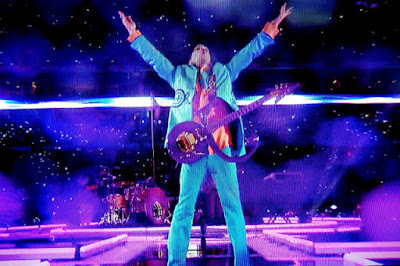 A couple of Saturdays ago, I was at my friend’s house for her young daughter’s birthday. Her daughters, ages 7 and 9, and nieces, ages 12 and 14, were performing some of the newest (radio-edited) pop songs, complete with dance moves. They then moved on to using their Wii U game system and playing Just Dance Disney Party 2 – a singing and dancing game. And, after that, I saw many videos the older girls had made using the Musical.ly  app – “a social media platform for creating, sharing and discovering short music videos.” I started thinking about how important music is in our lives. Both my friend’s daughters were experts at singing “Let It Go” from the movie Frozen . They were huge Taylor Swift fans from when they were barely able to talk. Music has already permeated their existence. For older kids and adults, look no further than the popularity of iPods, downloadable and streaming music. The radio is always on in the car and everyone has times when a song or music is stuck
Post a Comment
Read more 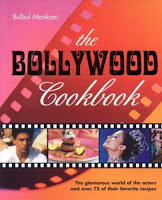 Although Indian Food is loved by practically everyone, it can be intimidating to try to actually make it in your own kitchen. Well, here is the secret that every Indian mom, mother-in-law, and chef have been keeping from you – Indian food is really easy to make. With all the shortcuts out there and premade spice mixes, anyone, and I mean ANYONE can become an expert! Take little old me, for example. I did not know how to boil rice or pasta before I got married. I had never even cooked an egg before in my life, boiled or otherwise. Now I can proudly say that I am able to make Indian food for a dinner party of 50 with minimal stress. Most of my recipes are from my mother but I have refined them a little so they do not take as much time as her dishes and taste almost exactly the same. However, a number of favorite recipes have come from Indian cookbooks that I have come across at the library! This fact surprises many who know that my family is from India and I have eaten Indian f
4 comments
Read more 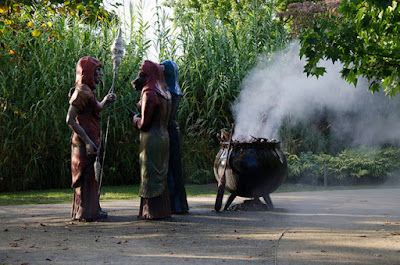 Friday the 13th gets me thinking about superstitions. While it might not seem like it, the tech world is not short on them at all. Even those of us who work with technology and computers all day will admit that, sometimes, all that the bugs and things that do not seem to ever work right really need is some Voodoo, a Shaman, or a plain old good Exorcism. Just what is a superstition? According to Merriam-Webster , it is “a belief or way of believing that is based on fear of the unknown and faith in magic or luck: a belief that certain events or things will bring good or bad luck.” So instead of giving some tech tips today, our blog focuses on some unusual technology-based superstitions. Just do not tell me or anyone else who works in the tech field that these are not real. The biggest unexplained phenomena of the technology world is the way technology ALWAYS breaks down when Mercury is in retrograde . This has to do with astrology, so if you need to replace your computer or cell
1 comment
Read more 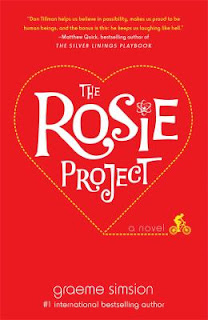 The Rosie Project by Graeme C. Simsion Don Tillman is thirty-nine years old, tall, intelligent, physically fit, and earns an above-average income as an associate professor of Genetics at a university in Melbourne, Australia. He is also an accomplished cook and has a black belt in Aikido. Yet he is still single. Don wants to marry, but his forays into dating never result in a second date. Logically, as he sees it, he should be attractive to a wide range of women. On the other hand, and just as logically, his difficulty making friends and awkwardness in social situations might be why he has never been in a romantic relationship. When the book opens, Don has exactly two friends: Gene, fellow geneticist and colleague at the university, and Gene’s wife, Claudia, a clinical psychologist. For the past several years, Gene and Claudia have tried unsuccessfully to help him find a wife. According to Don, this is because “their approach was based on the traditional dating paradigm.” After
1 comment
Read more

From Gardening to Stargazing 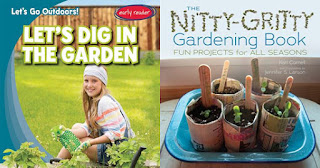 What better way to spend an afternoon than mixing it up with seeds and soil? You will not only give your children a sense of where food comes from, but will also spend some quality time with them. A couple of packets of seeds, some sun, and water are all you will need. With the help of little hands, you will have a wealth of food to prepare together at home in mere weeks or months. Watching your garden grow will give children a sense of discovery, and every step of gardening will be a learning experience. Listed below are some children’s gardening books to help you get started. Let’s Dig in the Garden by Tina Benjamin The Nitty-Gritty Gardening Book by Kari A. Cornell Cool Stuff to Grow by Stephanie Turnbull I Can Grow Things: Gardening Projects for Kids Shown Step by Step by Sally Walton If your children are reluctant to delve into gardening, then perhaps an outdoor hike in one of our many parks might be more to their liking. Trail maps provide critical thinking
Post a Comment
Read more

With these new books owned by the Mercer County Library System, there is no reason not to have the best and most beautiful garden on your block. Break out your gloves, trowel and transplanter, and experience the pleasure of creating an eye-catching, healthy landscape that will be the envy of all your neighbors! Mid-Atlantic Month-by-Month Gardening: What to Do Each Month to Have a Beautiful Garden All Year   by George Weigel This is the perfect book for beginner to intermediate gardeners and home landscapers living in the Mid-Atlantic. Mid-Atlantic Month-by-Month Gardening gives you the when-to and how-to for growing, caring for, and maintaining your garden and all types of plants. All of the information you need is given in a chronological, straightforward way. From January to December, each month has specific advice on what should be done in your garden. Step-by-step photographs give you the confidence to make your garden as unique as your Mid-Atlantic home. Author George W
Post a Comment
Read more
More posts