Showing posts from September, 2011
Show all

The CD Cornucopia at Our Libraries 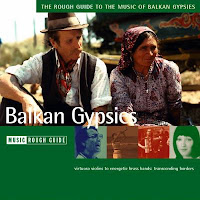 It isn’t just the latest pop/rock album or selections of classical music or opera, although we have those, too. There’s a wide variety from which to choose your next listening selection for the car, home, or elsewhere. There are movie soundtracks, like one of my favorites, The Life Aquatic With Steve Zissou . It has the eclectic blend of the film—Mark Mothersbaugh’s (Devo, Rugrats, etc.) electronic compositions, selections from Sven Libaek’s 60’s nature films, and Seu Jorge’s Portuguese covers of David Bowie songs. (The latter is an album in its own right, Life Aquatic Studio Sessions , by Seu Jorge). There’s jazz, ranging from classics like Miles Davis’s Bitches Brew to lighter fare such as the Rippingtons. Need something harder? We have metal—Slayer’s 28 minute Reign in Blood, and Cannibal Corpse’s Evisceration Plague . Feeling the wanderlust, curious for sounds from abroad? The Rough Guide , of travel book fame, also has a series of CDs about music around the world. Che
Post a Comment
Read more

Earlier this year, Amazon.com announced that it was working on an update that would allow Kindle users to borrow books from local library collections. The update was formally released on September 21 and, as a result, the eBooks available to Mercer County Library System patrons through ListenNJ can now be read on a Kindle or a device running one of the Kindle apps. To borrow a book to read on your Kindle, go to ListenNJ and browse the collection. Highlighted collections appear on the left, or you can use the search box or genre lists on the right side of the page to help you browse the collection. Once you find a title you are interested in reading, click on the Add To Cart link to the right of the Kindle Book icon and complete the check-out process by logging in with your library card. You will then be directed to the Amazon.com account page, which will be used to verify the download for your device. Keep in mind that Kindle books follow all the same rules that apply to the o
Post a Comment
Read more 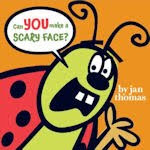 At the Hopewell branch we have a program called Toddler Rock for those between 2 and 3 who run around too much for baby time, but can’t sit through a story time yet. We sing and dance and work on pre literacy, motor coordination, and the beginnings of group activities. I’m passing along the best of what we’ve learned so far: We’ve read a different story every week for the past year of Toddler Rock. The point of these books is to provide lots of chances for toddlers to interact with the book and the reader. These are the top 5! 5. Can You Make a Scary Face? By Jan Thomas: play a game of “let’s pretend” with a ladybug. 4. The Baby Goes Beep by Rebecca O’Connell: so many sounds to repeat—possibly with instruments 3. If You’re A Monster and You Know It by Rebecca Emberley: a familiar song with a twist and actions to follow 2. I Ain’t Gonna Paint No More by Karen Beaumont: we each hold a dry paint brush to “paint” along and everyone can join in
Post a Comment
Read more 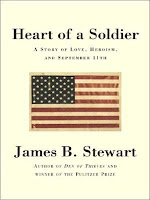 In remembrance of the thousands of lives lost in the 2001 terrorist attacks in New York City , near Shanksville, Pennsylvania and at the Pentagon, of the many fallen heroes who came to the rescue with unimaginable acts of courage and bravery, this September column features a collection of books and audio video materials in our Library system that may help us see past the darkness of that fateful day and enable us to reflect, hope and feel inspired by the indelible strength of the human spirit that arose from the ashes of that day. Each of the books focuses beyond the sorrow and despair of September 11, 2001, to the extraordinary sense of community, selfless heroism, and vitality of spirit that brought a nation and the world together. Heart of a Soldier: a Story of Love, Heroism, and September 11th by James Stewart The author, a Pulitzer Prize winner gives readers a compelling portrait of a hero who stands out during the attack on the World Trade Center. Rick Rescoria, the security of
Post a Comment
Read more

Spotlight on Useful Reference Sources for the School Year

September 16, 2011
The opening of the school year presents us with an opportunity to review electronic and print sources that will be helpful for the months ahead. MCLS has a number of reference works available for use in the library or at home that will help with classroom assignments, homework, and even exam preparation. All of the resources described below are available from the Library’s Electronic Resources page, available by clicking on the link to it that appears in the green sidebar of the Library System’s main page, www.mcl.org . S cience . First up is our complement of science databases that cover a broad range of subjects, providing articles, encyclopedic entries, diagrams, illustrations and other materials. Facts On File Science Online offers information on chemistry, environmental science, biology, physics and astronomy, among other subjects. In addition, there is a section of the database dedicated to ideas for experiments that can be conducted by students in grades 6 through 12. The S
1 comment
Read more

This September my book group delved into Jonathan Franzen’s Freedom , a saga of the Berglund family, Patty and Walter, the not-so-happily married parents of two children, and the family’s best friend, Richard, an iconoclastic musician who has remained somewhat spectacularly unmarried. Walter, an environmental lawyer becomes obsessed with an idealistic crusade to save the Cerulean Warbler (hence the cover image), swaths of land from development and to alert America to the ticking overpopulation bomb. All the while, as his relationship with his wife spirals downward, we wonder if the couple can save their marriage, much less the planet. As the marriage implodes, Patty, an ex-college sports star, loses her bearings while pursing perfection in her role as mother and wife. Freedom was up for many literary awards in 2010 and was the author’s first novel since The Corrections , published almost a decade ago. Franzen: The Author Interested in the authors that Franzen admires? The major
Post a Comment
Read more

September 09, 2011
Most branches incorporate music into their monthly programs, including sing-alongs, music during story times, and concerts for kids. Miss Amy performs with her guitar at many branches. So does Pat McKinley. Mr. Ray , Guitar Bob , and Yosi are also popular musicians with the preschool crowd. Many librarians know that adding music to their storytime programs is very effective in helping children to re-focus after listening to a story. Besides being fun, are there other reasons why music is valuable to good library programming? I think so, and for many reasons. Because music is so important for the healthy development of children, I would advocate adding more music to our library programming. Many studies have been done that show the positive relation between music and early childhood development. A musical program where instruments are passed out, and where children are encouraged to dance and move to the music, can benefit children in at least four areas. Their fine and g
Post a Comment
Read more

Use Format as Table in Excel 2007 for Easier Data Analysis!

Tables are an easy way to add color to your rows and columns in Excel 2007. As some of you have already discovered, you don’t have to use Conditional Formatting to make your tables easy to read and look pretty. You can use the Format as Table command and add color to your tables. But there are also multiple benefits of added functionality when you use the Format as Table feature: The header row will remain visible as you scroll . If you have a large table, Format as Table keeps the header row locked, so your labels stay visible as you scroll through the table. Easily expand your table . The corner handle on the bottom right-hand corner of the table allows you to easily add more rows or columns and the format will match your existing table design. Effortlessly select your data . You can select the entire data area of your table by putting your cursor near the top left corner until it changes into a bold southward pointing arrow and dragging the arrow; or you can select ju
Post a Comment
Read more

Ovarian cancer is the fifth most common cancer among women, and it causes more deaths than any other type of female reproductive cancer. Since September is National Ovarian Cancer Awareness Month, now is the ideal time to learn more about this cancer of unknown cause. The Mercer County Library System has a comprehensive collection of titles on this topic, including: Positive Results : Making the Best Decisions When You're at High Risk for Breast or Ovarian Cancer By Joi L. Morris This unique and important guidebook is a single, comprehensive source of information and advice to help women (and some men) at high risk for breast and ovarian cancer because of family history and genetic profile. One part memoir, three parts “how to'” manual, this book explains in a clear and steady manner the myths and realities of “the breast cancer genes.” It lays out all the options in easy-to-follow, compassionate language. It will help women and men to decide if they want to pursue genet
Post a Comment
Read more
More posts