Showing posts from October, 2013
Show all

As we approach Halloween each year, the usual images of ghosts, witches, bats and jack-o-lanterns appear along with the ubiquitous image of the vampire.  The most famous king of the vampires is, of course, Count Dracula , made famous by the novel Dracula written by Bram Stoker in 1897. Since its publication, the story has spawned untold spinoffs, movies, plays and merchandise. These range from the classic 1931 movie with Bella Lugosi to the modern breakfast cereal Count Chocula. Presented here is a very broad overview of the Dracula phenomenon and some websites, books and movies related to it: One of the best literary analyses I have read on the Dracula novel is Clive Leatherdale’s Dracula: the Novel and the Legend: a Study of BramStoker’s Gothic Masterpiece . We know that Stoker made copious notes on the lore of vampires, primarily from Eastern Europe. Some academics have claimed that the 15 th century Romanian prince Vlad the Impaler was the model for Stoker’s Drac
Post a Comment
Read more

October marks the 44th Anniversary of the Birth of the Internet! 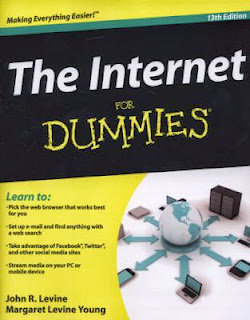 On October 29, 1969, the first connection of what would become the Internet was made when bits of data flowed between computers at UCLA and the Stanford Research Institute.   Nearly a half century later, the Internet has become a ubiquitous part of our daily lives, an "interconnection of computer networks" that enables its billions of users to share information and communicate with one another. The Mercer County Library System holds an extensive collection of resources about the Internet, including the following titles: The Internet for Dummies By John R. Levine and Margaret Levine Young The latest update to a perennial bestseller gets you up and running on the Internet! Now in its thirteenth edition, this peerless book provides an updated road map to both the online tools and resources that have defined the Internet for years, and all the new things that keep Internet users interested. You will not only find a lot of the basics presented in a straightforward an
Post a Comment
Read more 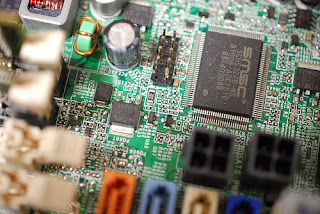 A recent post on Mashable detailing the way we send our technology items to an early grave got me thinking about some of the other technology myths or seldom observed best practices that we may be unaware of. Myth:  “I can use any power cord to charge my [insert device here].” Truth:  Most power cables that have a transformer (some form of box in the middle or on one end) are not interchangeable.  The reason for this is the box actually plays a role in preventing the battery from overcharging or getting too much power, two things that can at best shorten the battery life and at worst destroy the item being charged by overheating the insides or even catching fire.  The differences are even model-specific so, for example, you cannot use any Dell laptop cable on any Dell laptop, you should use the one designed for your model. Myth:  “I don’t have to stop my flash drive, I can just unplug it.” Truth:  The majority of the time you will not do significant damage to the flash drive
Post a Comment
Read more

Teens Read for the Fun of It!

Teen Read Week (TRW) is officially celebrated the third week of October; October 13th to the 19th, 2013. TRW is a national youth literacy initiative of the Young Adult Library Services Association (YALSA), a division of the American Library Association. This year’s theme, “Seek the Unknown @ Your Library,” will be translated by librarians into programs, booklists, and displays. Here is what is going on at the Mercer County Library: Friday, October 11th – West Windsor Branch is kicking off TRW a little early by having a Teen Lock-in after the library closes.  Costumes are encouraged – think bling! or cosplay – but not required. Make candy sushi, play games, listen to glamtastic music, among other activities. Permission forms and registration are required. Sunday, October 13th – Make a pencil case using duct tape at the Ewing Branch (registration not required). Monday, October 14th – All branches are closed in observance of the Columbus Day holiday, so stop in your local branc
Post a Comment
Read more 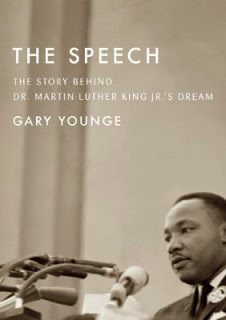 August 28, 2013 marked fifty years since Rev Martin Luther King Jr. delivered his rousing address  “ I have a Dream…,” making an indelible mark on the nation, ushering in a new era and becoming an enduring symbol of the civil rights movement.  King delivered his inspiring speech on a sweltering hot day during the historical March on Washington for Freedom and Jobs before an audience of 250,000 people who had come for this Event to demand racial equality, justice and an end to discrimination. “Rev. Martin Luther King, Jr. changed the course of American history by challenging – and inspiring – the country to confront injustice and live up to our founding ideals.  The words he spoke at the Lincoln Memorial on August 28, 1963 will forever be immortalized for their beauty and power, and they will forever echo in the soul of American life.” (Michael Bloomberg) Mercer County Library has a rich collection of books on King, his writings and his inspiring speeches for our readers to enjoy.
Post a Comment
Read more

Have You Checked Out MCL's Book Club in a Bag Lately? 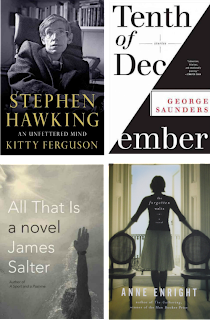 My book club thinks I have super powers. It is not for my thoughtful critiques, because (believe me) those are far and few between. They think I have super librarian powers that enable me to magically provide a copy of our "read of the month" to each group member.  My super power's secret? Mercer County Library System's  Book Club in a Bag  program. Each kit (or in this case, a bag) contains: •Multiple copies of a book title (approximately 6-10 – depending on the title); •A plot summary; •Discussion questions; •Biographical information about the author; and •A recipe for the club’s meeting You can reserve the Book Club in a Bag of your choice at the respective branch, and kits can be checked out for six weeks. With over eighty titles available, the selection varies from fiction (e.g., The Twelve Tribes of Hattie, The Brief Wondrous Life of Oscar Wao) to non-fiction (e.g., In the Garden of Beasts: Love, and Terror, and American Family in Hitler's Berlin, E
Post a Comment
Read more 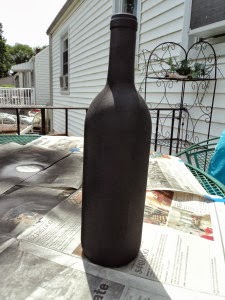 I am not a crafty person.  I would like to be, but I lack the skill and patience to really make great things.  The current trend of being crafty and websites like Pinterest , have made it possible for me to try my hand at crafts, knowing full well that I will amass a huge collection of possible crafts while not doing a fraction of them!  I had the idea that there had to be other people out there like me, who want to be crafty but need easier crafts to start out with. This past summer I tried a new program at the Twin Rivers Branch; Adult Crafts. We first made re-purposed wine bottles. They are spray painted with chalkboard paint. Once dry you can write on them with chalk and have a creative display piece. This idea is not limited to just bottles.  Picture frames can be turned into some really great message boards. Just like the bottles, if you spray the glass with chalkboard paint, you have a great message board for your home, office, classroom, or anywhere.  You can
Post a Comment
Read more 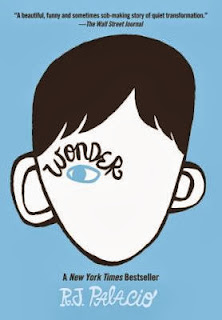 October is National Bullying Prevention Month and 2013 marks its eighth anniversary.  National Bullying Prevention Month was founded by the PACER Center, a parent training and information center for families of children and youth with disabilities from birth through age twenty-one.  This year’s theme is “The End of Bullying Begins with Me.”  For more information you can visit PACER’s National Bully Prevention Month website . This is the perfect time to discuss a book that is creating a lot of buzz in the anti-bullying arena.  The book is called Wonder by R. J. Palacio and it is the story of ten-year-old Auggie Pullman, who was born with extreme facial abnormalities. Auggie goes from being home-schooled to entering fifth grade at a private middle school in Manhattan, which entails enduring the taunting and fear of his classmates as he struggles to be seen as just another student. The book was not originally written as an anti-bully book, but with its strong messages of tolerance, f
Post a Comment
Read more 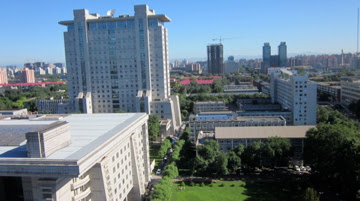 I spent two weeks of my vacation this summer in Beijing, the capital city of China.  Beijing has been the political, economic, and cultural center of China since the Yuan Dynasty – over 800 years. It is a bustling city, centuries old on one hand and very modern on the other.  Every year, millions of visitors flock to see this city, making it one of the most visited in the world. I have been to Beijing before, and I have visited most of its renowned historical sites such as the Great Wall, Forbidden City, Ming Tombs, and Tiananmen Square.  On this trip I wanted to explore some less famous places.  Not only are these places interesting but, because they are less popular, they often have shorter lines to get in.  However, Beijing’s brutal weather changed my plans.  I am not speaking of storms, or of heat waves, but of smog and haze.  I had heard of the smog issue on the news, but I had no idea how bad the city’s pollution was until I experienced it firsthand. To most people, haze
1 comment
Read more
More posts