Showing posts from December, 2010
Show all

What’s so special about Excel? Paste Special, of course!

In Excel, copy and paste works just as it does in Word- you select and copy the data from one place and paste it in another. But the Paste Special command offers various options whereby you can choose what you want to paste. Depending on your course of action, you can paste only the value or just the formula, or you can choose to paste with or without the formatting. First you must copy the data that you want to paste . Then from the Home tab - in the Clipboard group - click on the drop-down arrow beneath the Paste command. Click Paste Special in order to open the Paste Special dialog box. Here you can click on the radio buttons and choose exactly what you want to paste. The default setting is All , which will paste exactly all that you have copied. Selecting the radio button in front of Formulas will paste only the formula from your copied data, whereas Values will paste the value that is displayed in the copied cell. You can also use the Paste Special feature to paste just th
Post a Comment
Read more

Tech Trends for the New Year

December 28, 2010
As the new year approaches, it’s time to take a look into the crystal ball and see what’s ahead for 2011 in terms of technology. The interesting thing about the coming year is that, as the economy recovers, tech in 2011 won’t be about the gadgets and will focus more on services and information exchange. Today we’ll look at an overview of some expected trends, many of which will be examined in more depth in this column this coming year. While the focus will be away from gadgets this year, one type of gadget that looks like it will buck that trend is the mobile device. As more people go mobile for more than phone calls and e-mail, you should start to hear more about Windows-based smart phones, more iPad-like tablets hitting the market and an expected updated version of the iPad itself, with iPad 2 most likely to hit stores in April. The reason for the rise of mobile devices? Better apps (applications), online collaboration tools and greater options in cloud computing. In the past, when
Post a Comment
Read more 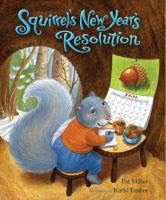 The beginning of a new year is a good time to think about changing, after all, no one is perfect! That's why people make resolutions (promises) in January. In 2009 The American Academy of Pediatrics listed 21 Healthy New Year’s Resolutions for Kids : Preschoolers I will clean up my toys. I will brush my teeth twice a day, and wash my hands after going to the bathroom and before eating. I won’t tease dogs – even friendly ones. I will avoid being bitten by keeping my fingers and face away from their mouths. Kids, 5- to 12-years-old I will drink milk and water, and limit soda and fruit drinks. I will apply sunscreen before I go outdoors. I will try to stay in the shade whenever possible and wear a hat and sunglasses, especially when I’m playing sports. I will try to find a sport (like basketball or soccer) or an activity (like playing tag, jumping rope, dancing or riding my bike) that I like and do it at least three times a week! I will always wear a helmet when bicycling. I will we
Post a Comment
Read more

This holiday season, curl up with a mug of hot chocolate and these recently-published books: A Christmas Odyssey By Anne Perry Just before the Christmas holiday, distinguished London mathematician Henry Rathbone comes to the aid of an old friend whose son Lucien has gone missing. Enlisting the aid of Squeaky Robinson and Crow, Henry soon discovers that Lucien may be involved with a murdered prostitute and a major drugs dealer. The Mischief of the Mistletoe (Pink Carnation Series #7) By Lauren Willig In this irresistible Regency Christmas caper, Arabella Dempsey accepts a position at a quiet girls' school in Bath, but she hardly imagines coming face to face with French aristocrats and international spies. Guest appearances by Dempsey's best friend Jane Austen and characters from previous installments of the Pink Carnation series round out the laugh-out-loud holiday-themed romance of intrigue. “An exciting story.”—Publishers Weekly A Darcy Christmas By Amanda Grange, Sha
Post a Comment
Read more 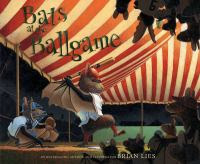 It’s the time of year to look back on the top picture books of 2010. Below, Youth Services Librarians from around MCLS have shared their favorites. Please add to the list by commenting with your suggestions! Emily Frey at theHopewell Branch recommends: Bats at the ballgame By Brian Lies “Two teams of bats play an exciting nighttime baseball game.” A Beach Tail By Karen Lynn Williams “When his father tells him not to leave the lion he is drawing on the beach, a little boy starts making a very, very long tail--and a trail to follow back.” Big red lollipop By Rukhsana Khan “Having to take her younger sister along the first time she is invited to a birthday party spoils Rubina's fun, and later when that sister is asked to a party and baby sister wants to come, Rubina must decide whether to help.” Zen ghosts By Jon Muth “Stillwater the giant panda tells Karl, Addy, and Michael a spooky and unusual story based on a Zen koan.” A Balloon for Isabel By Deborah Underw
Post a Comment
Read more

Books to Get You Thinking Special 2010 Holiday Edition II 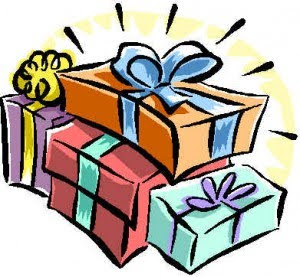 This month we continue our hunt for the perfect gifts for everyone on your list turning our attention from nonfiction books to fiction, and on to food and entertainment - subjects that are widely popular and hold universal appeal. Fiction Fall of Giants by Ken Follet The first in the new “Century” trilogy, this riveting novel is set against the backdrop of the early twentieth century. It spans the complex unfolding drama faced by five different families - German, Russian, English, Welsh and American and their struggles through the critical times of the First World War, the Russian Revolution and the American suffrage. The author’s in-depth research and attention to historical detail makes this a novel of epic proportions. Sourland by Joyce Carol Oates A spell binding collection of sixteen stories penned by one of our most well known contemporary authors. In it she explores the indelible effect that loss, grief, and violence can have on determining individual psyche and expressio
Post a Comment
Read more

My book club just finished reading and discussing A Confederacy of Dunces by John Kennedy Toole. One of the interesting aspects of this long rollicking tale of the misadventures of the slothful, voluble, erudite and very fictitious Ignatius J. Reilly -- is the city in which the tale is set: New Orleans. And the question arose, what fiction can we explore where the city New Orleans is in some sense a major character. Numerous authors have set their tales in this soulful city. To single out just a handful: Kate Chopin’s late 19th century story of a woman’s unorthodox choices The Awakening , Leslie by Omar Tyree, a story of voodoo, drugs and murder, and Faulkner’s early 20th century impressions of the French Quarter, New Orleans Sketches . Moving right into the 21st century, we have French Quarter fiction: the newest stories of America's oldest bohemia; an anthology of the best works by living writers on the heart of New Orleans – stories in all genres: romance, mystery, and mo
Post a Comment
Read more

Before Audiobooks, There Was Old Time Radio

December 07, 2010
Ah…the winter holidays. Family. Celebrations. Merriment. Food. Traditions. Friends. And…car rides. Long car rides. Growing up, my family’s holidays consisted of driving – and a lot of it. Back in the day, before car seats and seat belt laws, I can remember sitting in between my mom and dad in the front seat of our wood paneled station wagon as we made our way throughout the Midwest from one family gathering to the next and then back home. My three siblings had “claimed” their spots in the station wagon, and we would wait for our father to locate syndicated Old Time Radio shows. Fibber McGee and Molly? Suspense? Abbott and Costello? The Shadow? Or The Cinnamon Bear? To be honest, it didn’t matter what show he found. With a twist of the dial, we were all engaged in the program, and the car ride became our own family story hour. Now as an adult, my holidays still consist of long car rides. For upcoming travels, it’s possible to relive the “Golden Age of Radio” with materials from the li
Post a Comment
Read more 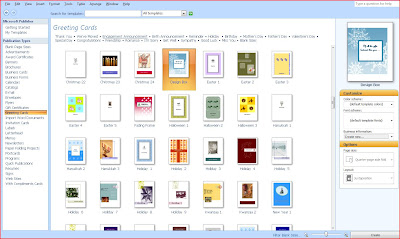 Make your own greeting card using Publisher and impress family and friends with your thoughtfulness and your savvy designing skills. Not only will you save money, but your card will be unique, unlike the impersonal sentiments in a prewritten greeting card. Here’s how: Open Publisher. Under Publication Types , click Greeting Cards and choose the Holiday category. A variety of design templates for different holidays will be available for you to choose from. Scroll through the pre-designed greeting card templates. Click on any design template to preview a larger image. The preview panel on the right also offers some customizing options giving you the option to modify certain design elements right away. Once you have the design template you want, double-click the card template or click on the template and then click Create . The design template that you have selected will open and you can start inserting your own text and pictures. The Format Publication Task Pane , on the left, off
Post a Comment
Read more
More posts