Showing posts from January, 2014
Show all

Two Sides to Every Story 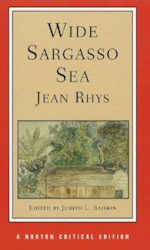 I am a firm believer in the idea that there is always (at least) two sides to every story, which is why I am a fan of the parallel novel. Also referred to as the reimagined classic, a parallel novel is based on another author’s work, typically a literary classic. While not always truly “parallel”  (i.e. the parallel novel taking place in the same exact time period as the original), the parallel novel can develop subplots, detail a minor character’s backstory, or retell the original author’s story from a completely different point of view. Jan Rhys’ Wide Sargasso Sea (1966), which prequels Charlotte Brontë's Jane Eyre (1847), was my first experience with a parallel novel. Rhys developed her novel around the life of Brontë’s madwoman in the attic; a character we learn very little about in Jane Eyre . A more recent example of the parallel novel (which happens to be the recipient of the 2006 Pulitzer Prize for fiction) is Geraldine Brooks’ March (2005). Brooks’ novel provides a voic
Post a Comment
Read more

Cold Outside, Cozy Inside 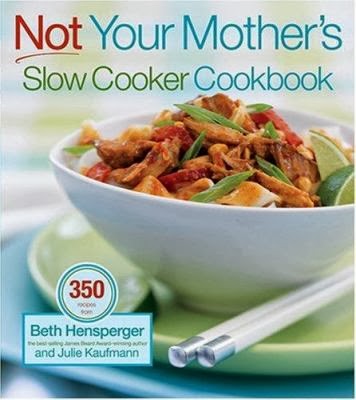 I don’t know about you, but at the end of a cold winter day, I enjoy a hot drink while I watch a movie or TV show, entertain friends or curl up to read a book from my stack on the table. Hot drinks help chase the chill away. There is a vast array of delicious hot drinks beyond coffee, black and herbal teas that are so easy to prepare before sinking into your chair—hot chocolates, steamers, fruity spiced punches, warm cocktails and more. My favorite easy, maybe lazy, way to create some hot beverages is by using my slow cooker.  Slow cookers came into vogue in the 1970s.  Some of us may remember our parents’ brown and avocado colored Crockpots, the name maker Rival gave them. They are popular again with busy economical cooks because they do their work mostly unattended, do wonderful things with cheap cuts of meat and do not heat up a summer kitchen. To make my beverages, just before I begin to prepare dinner, I measure and mix the ingredients in the slow cooker and plug it in.
Post a Comment
Read more

How Do You Teach Children to Tell Time? 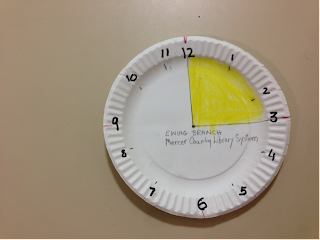 I was inspired to write this post when my kindergarten-aged grandchild asked for a wristwatch for a holiday gift.  He was able to read the digital clock in the house but could not understand how the big and small hands work on his analog wristwatch. Children need to know their multiplication tables , especially the five-times table. Without it, anything beyond the “o'clock” becomes nearly incomprehensible.  Here are a few sound recordings and one DVD that the Mercer County Library System owns which can teach children to memorize by sing-songing their multiplication facts: Multiplication Rap & Hip (Sound Recording) by Kim Mitzo Thompson Multiplication Unplugged (Sound Recording) by Sara Jordan Multiplication Mountain (Sound Recording) by Hap Palmer Multiplication Rock (DVD) produced by Rock N Learn Learning fractions is yet another skill required for telling time.  I believe in teaching the concept of fractions rather than memorization.  A great practice for teac
Post a Comment
Read more

Deep In the Groove

January 17, 2014
You may have seen some headlines recently about the resurgence of sales of vinyl records. If you are skeptical about this new (old) trend, that is plainly reasonable. It is old. My previous blog post was all about using new cloud based websites to listen to and explore digital music and my current blog post is all about listening to vinyl records, in so far as how to read visual information from the record and use the Internet to help you make more discerning purchases of records.  I hope to assist music lovers who might argue that they – for whatever reason – feel a little underwhelmed by the digital music that is now so readily and ubiquitously available to them. Let us be clear. Not all releases on vinyl sound more or less the same. The process of record disc mastering is so critical that it can make a great album or single sound muddy, pale or GREAT depending on how well the mastering process was done.  In the music industry, a skilled engineer is responsible for making the mast
Post a Comment
Read more

The Wait is Over! 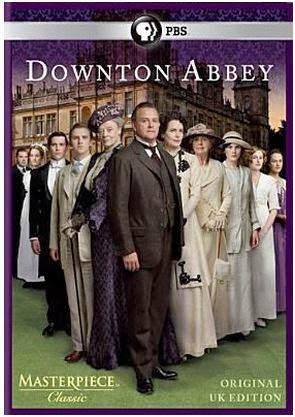 By the time you will read this blog, you will have seen the first episode of Series 4 of Downton Abbey . As of this writing, I am still waiting in feverish anticipation of another season of this addictive Masterpiece drama watched by millions of viewers all over the world. Call it highbrow soap opera or melodrama, if you will, but the appeal of this typically British period drama knows no geographic boundaries. The Chinese State Television broadcasts this series, and it has been one of the most watched shows in over 200 countries from South Korea, to Australia; from Brazil to Russia and, of course, North America. Downton Abbey has won 16 Emmy nominations, has its own Facebook page, and 297,568 followers on Twitter. There are Downton Abbey interiors on Pinterest and we even have Downton Abbey wines. So what is it about this show that makes it such a worldwide phenomenon? Great story, superb actors, interesting characters, lavish costumes, and the sumptuous backdrop of High
Post a Comment
Read more

Donations from Patrons Support the Library in Many Ways 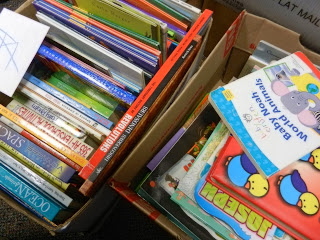 Before I became a librarian, I had no idea how many books patrons donated to libraries or how these books were used.  Now that I have worked in the Mercer County Library System, most recently as a Youth Services librarian at the West Windsor branch, I am much more familiar with this process.  On an almost daily basis I see boxes and bags of books donated by patrons in the workroom.  Besides books, patrons also donate DVDs, CDs, and other materials that they hope will benefit the library.  Staff or a member of the Friends of the Library group sorts all these items.  I sort through the children’s items, adding those wanted for the collection, and requesting cataloging for those not in the Mercer County Library System in order to fill gaps in our holdings.  Librarians at all branches save children’s books to be used as prizes in the Summer Reading Program.  Books that we do not need are boxed by the Friends groups and sold at their annual book sales.  Money from Friends of the Library
Post a Comment
Read more

As 2013 quietly slips away into the annals of history, it is a good time to reflect on the many outstanding books of the year, both fiction and nonfiction, that will continue exciting the minds and imagination of readers. Each year leading newspapers and journals publish their 10 Best Books of the Year lists covering widely disparate genres. Highlighted this month are selections from the different lists that we think our readers would enjoy.  Washington Post  Book of Ages: The Life and Opinions of Jane Franklin by Jill Lepore Acclaimed historian, Jill  Lepore writes a fascinating narrative about Jane Franklin’s life and her abiding relationship with her brother Benjamin Franklin. The book sheds light not just about Franklin’s sister but also draws attention to an era of American history when women received little or no education and had no voice of their own. Despite the paucity of sources,  Lepore has painstakingly woven together bits of information that document the pain a
1 comment
Read more 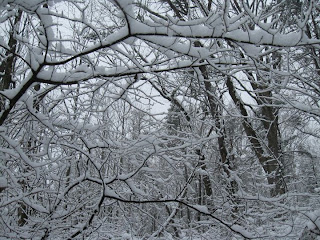 It is winter in the Delaware Valley and, at the time I am writing this post, snow is on the ground and clinging beautifully to the trees.  Most of us have lived through this kind of weather our entire lives, but how many actually know why it snows or if every snowflake is really unique? To find out why it snows, I went to the experts at the National Snow and Ice Data Center .  According to their website, snow is “precipitation in the form of ice crystals. It originates in clouds when temperatures are below the freezing point (0 degrees Celsius, or 32 degrees Fahrenheit), when water vapor in the atmosphere condenses directly into ice without going through the liquid stage. Once an ice crystal has formed, it absorbs and freezes additional water vapor from the surrounding air, growing into a snow crystal or snow pellet, which then falls to Earth.”  Sleet, a type of precipitation very familiar to our region, is a form of snow but hail is not.  To find out even more about snow, vis
2 comments
Read more
More posts