Showing posts from June, 2014
Show all

"Pasta Diving" and Baseball by the Numbers 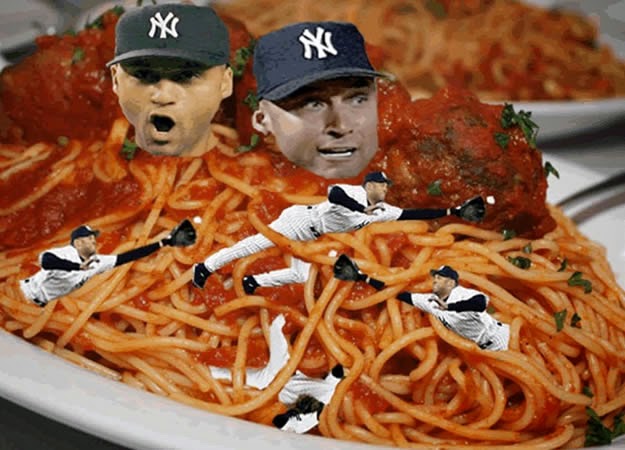 It is summer – the time of year to start thinking about baseball! The Mercer County Library System has the resources to help you get serious about America’s Pastime. In the late 1970s, a baseball fan and numbers geek named Bill James began self-publishing an annual book titled The Bill James Baseball Abstract . James’s Abstract slowly gained an audience and his statistical approach ( sabermetrics , which “ uses statistical analysis to analyze baseball records and make determinations about player performance ”) became massively influential, revolutionary even, in the baseball world. James counted and measured just about everything that could be counted and measured in baseball and attempted to assign a value to the numbers in terms of runs created and, hence, wins. Baseball has always been a games of numbers and statistics, but the James Revolution led to a far more focused application of those numbers in evaluating both teams and individual players. One measurement that was unhe
Post a Comment
Read more 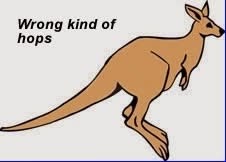 Beer - that simple yet magical elixir derived from water, barley, hops and yeast - has never had the same cachet as wine Note1 Like all sweeping generalizations, this one isn't entirely true. The preferred epithet for the prone inebriate in the alleyway is, after all, not "beero" but "wino", which doesn't exactly reflect well on wine. On the other hand, the name used to invoke the average, typical and (presumably) pretension-free workaday member of the proletariat is "Joe Sixpack", not, say, "Willie Winebox", the latter being, most likely, more petit bourgeoisie, whereas those who drink wine from bottles are probably upper class elites. My overall point here being that wine, in general, is viewed as being classier than beer. . At least not here in the United States. Until relatively recently, that is. There was, truth be told, good reason for the Dangerfieldian -level of disrespect American beer used to get: The US Constitution&
Post a Comment
Read more 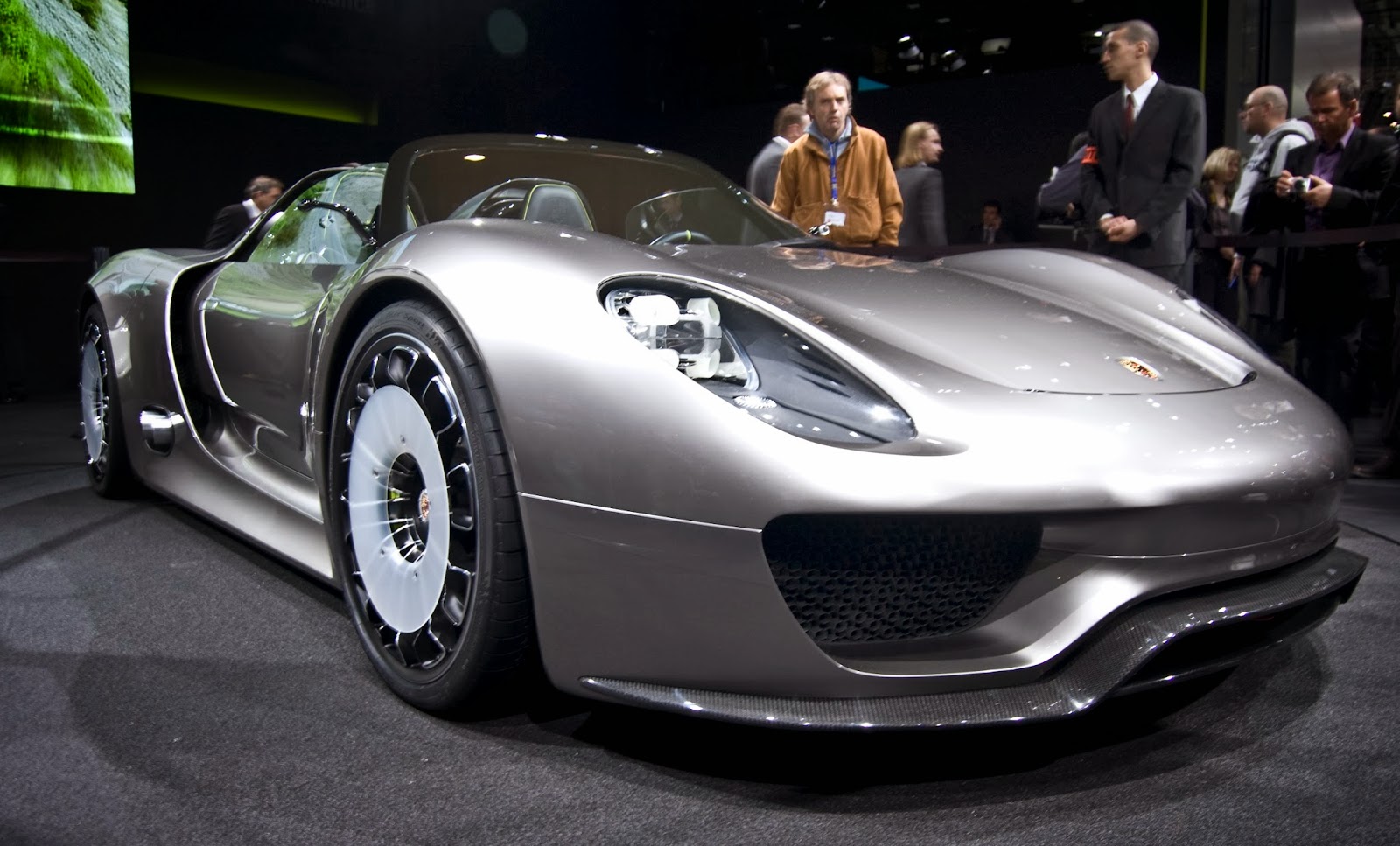 A vehicle is the third largest purchase in most people’s lives after a house and a college education. Therefore being an informed consumer for this purchase is critical to your financial health. To this end, the library system has purchased and subscribed to a number of resources that can simplify your search for a vehicle. We would all like to buy one of these, but if you cannot afford it, try one of these tips! The first step in this whole process is to figure out what you want to get. We have a wealth of sources that rate and review new and old models from every vehicle manufacturer and in every category. The most popular among these is Consumer Reports , a widely respected non-profit consumer-advocacy magazine. We also have many for-profit magazines with similar vehicle reviews and ratings including Road & Track , Car & Driver , and the US News & World Repor t annual vehicle review. All of these are trusted sources run by industry experts with good track reco
Post a Comment
Read more 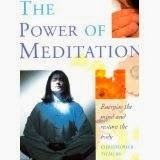 The word meditation sounds heavy to many of us. Often we are not sure what to do in mediation or why one should meditate at all. So, before learning meditation, we need to understand the role of our mind.  The mind’s job is to think. It thinks constantly. We have approximately 36,000 thoughts per day. That makes it 20 to 25 thoughts per minute and many times we do not even realize it. Our mind creates many different types of thoughts. When we start paying close attention, we realize that very many of them are wasteful thoughts. Each thought uses energy and, with so many thoughts per day, we use up a lot of energy. When the energy is drained, it leaves us tired and distressed and soon prone to be upset, angry, or annoyed. It not only disturbs our own mood, but also the moods of others. This is where meditation helps. Meditation trains us to guide our mind in what we think rather than allowing the mind to control us. Meditation increases concentration power, it helps us make the ri
1 comment
Read more

Let the Library Help You Get Growing! 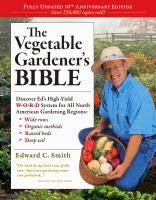 Some selected books on vegetable gardening from the Mercer County Library System collection. General Guides The Vegetable Gardeners Bible by Edward C. Smith is a comprehensive guide to all aspects of growing vegetables and herbs. It discusses planning your garden, the tools you will need, soil preparation, and includes an introduction to composting and an illustrated guide to dealing with disease and pests.   A series of plant and herb portraits follows the extensive introductory material.  These portraits cover guidelines on sowing and growing including how to plant, watering and sunlight requirements, and suggested nutrients as well as some suggested varieties.  These portraits range from one to several pages long and include extensive color photography. The Gardeners’ A-Z Guide to Growing Organic Food by Tanya L.K. Denckla is another good general gardening guide.  In addition to vegetables and herbs, this title includes a section on fruits and nuts and also covers planting
Post a Comment
Read more

How we use (and love!) our Library 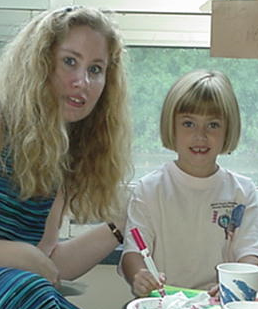 As a librarian who has worked at Lawrence Headquarters since 1991, I have naturally been the one to market the Library’s materials to my family as we have grown and matured throughout the years.  I bring home items for browsing and recreational reading, as well as titles and subjects specifically requested. We have always made family visits to the Library, too. We are a family of four which includes two teenagers, aged 17 and 18. When they were little, the kids came in for browsing, for summer reading log registration, for story-times and to attend Friends of the Lawrence Library sponsored programs and entertainment.   The materials we enjoy today span the Library’s various fiction and nonfiction collections - young adult, adult,  juvenile and picture books as well as audiobooks, movies and music.  We take advantage of holdings at Lawrence Headquarters as well as those we request from the entire Library System.   Though our household contains laptops, Internet, smar
Post a Comment
Read more

Dust Off the Grill! 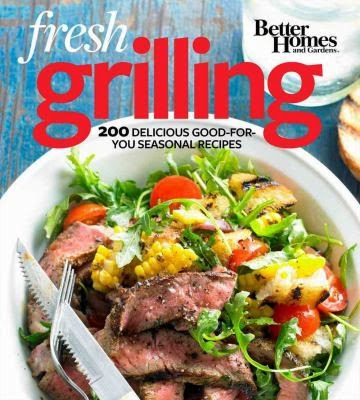 Summer is here: Time to get out of the kitchen and into your yard! Check out these cookbooks to help you turn an ordinary cookout into an extraordinary one! Fresh Grilling: 200 Delicious Good-For-You Seasonal Recipes By Lisa Kingsley Celebrate the fresh flavors of summer and the joys of outdoor grilling in a way that is light, healthy, and delicious. Better Homes and Gardens® Fresh Grilling presents 200 recipes and 100 photos in which vegetables and fruit shine--as crunchy toppings for burgers; bright sauces and marinades for meat, chicken, and fish; heaping platters of grilled veggies; grilled salads and sides; pizzas; and luscious fruit desserts. If you yearn to cook with peak-of-the-season produce--tomatoes, corn, strawberries, and peaches--as often as possible, you will find inspiration in recipes like Warm Salad with Lamb Chops and Mediterranean Dressing, Heirloom Tomato Salad with Grilled Tuna and Cannellini Beans, and Grilled Vegetable Tostadas with Mole Sauce. “The simp
Post a Comment
Read more

Coding for a Rainy Day

June 03, 2014
Ah, summer is upon us and you may be thinking of going down the shore, BBQs, baseball, and having fun or just lounging around your back yard.  Well, I hate to rain on your parade, but it will rain at some point this summer.  If you are like me, that will happen sometime when you are using a well-deserved vacation day.  So what should you do if you want to try something different or, gasp, you have to find something to occupy house-bound kids?  Perhaps you could code something. Coding is the art of using a computer programming language to create something, like a web page, game or even just make the cursor move all over the screen.  There are even kits you can buy that have lots of nifty electronic parts that you can program to do different things, like turn on a sensor light or lower the air conditioner temperature.  Many people do not realize it, but coding is actually fairly easy to learn with many of the free online tutorials and the sites can show you how to do something basic fo
Post a Comment
Read more
More posts