Showing posts from November, 2018
Show all

Learning to Talk a Better Beer 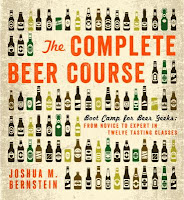 It has been a while since our last post solely about beer – June 24, 2014, to be exact – so I thought it was time for another.  That post was entitled “Becoming a Beer Snob” .  I am not quite at that level, but I can now more comfortably choose a beer that I can be pretty certain that I will like. Knowing how to choose a beer you will like is more important now than ever.  With the craft beer movement and a plethora of restaurants offering extensive beer menus, it is incredibly helpful to have an understanding of which types of beer you enjoy.  The person I credit with giving me my still-expanding beer knowledge is the author of that last beer post, Tom Gardner.  Tom knows about beer.  Our conversations began with my telling him how some beer, to me, has a “baked-beany” taste.  I totally understand if you just read that and are thinking “What???”  I cannot really explain it except that – some beer’s taste makes me think of baked beans.  I like baked beans, just not as a beer.  For a
Post a Comment
Read more

Every war sears itself into living memory; with time, all memory fades...

In my mind lives a sliver of William Wood. Bill Wood, a working class lad from an industrial town, was one of 250,000 underage British men who saw active duty. “A lady on the bus” gave him a white feather, the symbol of cowardliness. He added three years to his age and enlisted. By the time his widowed mother learned of this, Bill was in an Irish training camp, the one his elder brother had passed through a few weeks before. “Well, at least Tom will look out for our Bill,” she said, a sad mix of innocence and fortitude. Years later, his elder sister told her niece, my grandmother, this story. “Tom came back. Our Bill didn’t.” No one believed it could happen Bill sent his mother a photograph taken in France, preserved for decades, and then discarded in a move. I remember it; a thin, flat piece of wood, small enough to comfortably fit in a child’s hand. There was a shabby image on the front of a young man with a long, drawn face. The man’s service cap rested on a short colum
Post a Comment
Read more

Children Read to Dogs in the Library 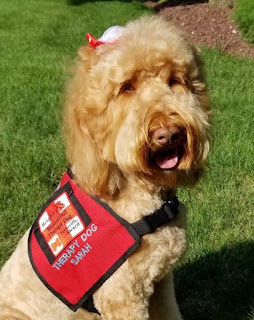 Children’s librarians are always looking for ways to encourage children to read.  That’s our job.  We purchase the hottest new titles and those recommended by the experts.  We offer summer reading programs, winter reading programs and story time programs.  The theme that ties all these together is our desire to inspire children to read.  Is there another way we can try? Well, we could ask children if they would like to read a story to a dog.  It turns out this can be a good way to help children develop their reading skills. Animals have been used for centuries to aid individuals in the healing process.  It is reported that the ancient Greeks used horses to lift the spirits of the severely ill.  Florence Nightingale, in the 1880s, observed that small pets reduced the levels of anxiety and stress in adult and youth psychiatric patients.  Also in the 1880s, Sigmund Freud used his dog, JoFi, to calm his young anxiety patients.  Freud, often referred to as the father of psychoanalysis, g
Post a Comment
Read more 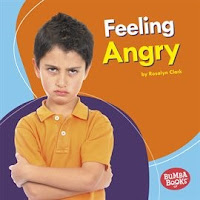 Imagine shopping during the holiday season – one deals with crowds, impatience from waiting in long lines, fellow customers expressing frustration with not finding the perfect gift.  All are precursors to anger, which often leads to angry behaviors.  Being in the vicinity of so many disgruntled people definitely puts a damper on my holiday experience. Frequently, we are confronted with others who may not act in a way we think is right or fair.  Our lack of empathy is definitely a contributing factor to our rising tempers and frustration. There are several ways to understand the emotion of anger.  It is universally seen as a secondary emotion.  This means there is an underlying feeling or emotion like hurt, frustration or rejection that gets covered up with anger in order to protect oneself. Anger often causes us to do or say something that we later regret.  Prolonged anger is not good for our emotional or physical health.  A wise saint once said, "A moment of patience in a
1 comment
Read more

The Aftermath of World War I – An uneasy Peace

November 16, 2018
The end of World War I and its aftermath had a decisive impact in shaping the world we live in today, as borders were redrawn and an imperfect peace eventually gave way to another World War. In today’s blog post, we explore some library resources and useful websites to help you understand this historical event. The Greatest Day in History: How, On the Eleventh Hour of the EleventhDay of the Eleventh Month, the First World War Finally Came to an End by Nicholas Best describes the events leading up to the Armistice in 1918 and how it was experienced on the front lines, by politicians in the major capitals of Europe and America, and on the home front. This book also describes the difficult process by which the Armistice was negotiated, and the major personalities involved. Although the Armistice was widely celebrated by the victorious Allied nations, the months leading up to the Armistice and the first months of peace that followed were anything but easy. 1918: War and Peace by
Post a Comment
Read more

Sunday marks the 100th anniversary of the end of World War 1.  On November 11, 1918, the Allied nations signed an armistice with Germany, ending the war at 11:00am that day.  Since 1919, many of the Allied nations have marked the day as a National Holiday, either calling it Armistice Day (France and Belgium), Remembrance Day (Canada), or Veterans Day (United States).  The war began in 1914 in the Balkans when Serbian nationalist Gavrilo Princip assassinated Archduke Franz Ferdinand, who was set to take over the Austro-Hungarian Empire.  This set off a chain of alliance building with Germany, the Turkish Ottoman Empire, and Bulgaria siding with Austria-Hungary and almost all of the rest of Europe and Russia coming to the defense of Serbia and the other Balkan nations that opposed the empire.  The United States eventually joined the war, when Congress granted President Woodrow Wilson’s request to declare war on Germany on April 6, 1917.  The United States declaration was essentially a
Post a Comment
Read more 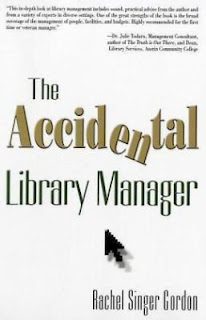 I am sure you all have heard the quote “Find a job you love, and you will never have to work a day in your life.” That may be true, but we all recognize the difference between work and play. While work requires meeting deadlines, writing reports and being responsible for a variety of tasks, minimum exertion is required of us when we are at “play.” But, if we are lucky enough to stumble on to a career path that we really enjoy, then those work responsibilities don’t seem quite so onerous. If we are lucky enough to love our job, then (almost) everyday can be a rewarding day. An avid reader from childhood, who could always be found with her nose buried in a book, it was only natural that I became a librarian. I loved being a reference librarian. I enjoyed reading reviews and doing collection development, leading book groups, promoting the resources of my library at outreach events, and helping patrons. Almost every patron encounter at the reference desk was a learning moment. As I sea
Post a Comment
Read more

Down in the Wilds of New Jersey 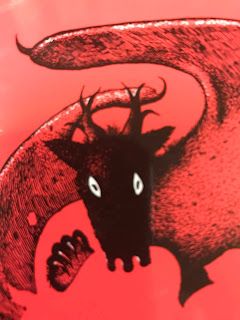 This post is partly about a spooky topic, but not too spooky, so I think it is still okay for after Halloween.  At the risk of sounding weird…when I was young, I read one book over and over – and now I own it – The Jersey Devil by James F. McCloy.  The newer editions look a bit different than the original edition I was used to, with a lurid red cover and a black drawing of the devil.  I never really believed there was a Jersey Devil, but was fascinated reading about the many sightings and new stories.  Because of reading this book, I grew up equally fascinated by the Pine Barrens, where the Jersey Devil was born.  If there was the possibility of a devil lurking down there, who knows what else was hidden by all those trees?  And “Barrens” always sounded mysterious to me. Since that time, I have been to the Pine Barrens many times.  I enjoy seeing the small towns tucked away in the trees and walking the numerous trails in the state parks and forests.  The mystery has stayed with me.
Post a Comment
Read more
More posts