Showing posts from July, 2019
Show all

One of the great mysteries surrounding the functioning of the human body system is the intricacy of how the immune system works - today the study of the human immune system is one of the most important frontiers of medical scientific research. New insights are emerging that have a far reaching  impact on how medicine will be practiced in the twenty first century, how  clinical decisions will be taken  in controlling disease progression. In the years to come, the developing science of immunotherapy holds the promise of identifying new treatments for fatal and debilitating diseases such as cancer, and auto immune diseases such as diabetes and arthritis through enhancing or restricting the activity of the body’s immune system. Available at the Mercer County Library System are several new books encompassing different facets of the immune system – the science underlying its working, the historical origins and advancements in the study of the immune system and today’s cutting edge research …
Post a Comment
Read more 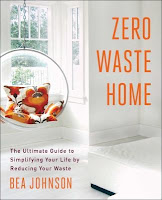 Life is so complicated and overwhelming at times that I often need a reminder to slow down and let the little things go. The days fly by like minutes and I end up feeling as if nothing significant has been accomplished. Some describe the feeling as being caught in a hamster wheel.  We keep spinning and spinning, trying to stay caught up with work and commitments but always seem to be running behind, causing feelings of anxiety and disappointment. This can actually create negative long-term effects on physical health and emotional well-being. Fortunately, understanding how to turn those negative feelings into positive vibes is something that can be learned.

Here are some books full of strategies for slowing down, simplifying, and feeling content:

Zero Waste Home: The Ultimate Guide to Simplifying Your Life by Reducing Your Waste by Bea Johnson
This book has hundreds of ideas on how to reduce the amount of general "stuff" we all think we need.  Using reusable cloth bag…
Post a Comment
Read more

Since I am a space geek as well as a plain old computer geek, this past week celebrating the 50th Anniversary of the Apollo 11 mission to the moon has been a real treat and got me to thinking about just how much the space program has impacted our daily lives.  I thought about crafting this post as a straight listing of some cool gadgets or inventions that came from the Apollo program specifically, but then I found myself watching the CBS News rebroadcast of the launch coverage from July 16, 1969.  Unlike other specials that have run recently, this was an unedited, four and a half hour replay of the original broadcast, complete with commercials, as well as national (Vietnam update and the Padres beat the Giants 10-3) and local (New York weather was similar – 98 and humid) news.  Two things that caught my eye during the broadcast changed my approach to this blog post – one was an interview with a young woman waiting to see the launch on the beach near Cape Kennedy and the other was a co…
Post a Comment
Read more

Studying for DECA & the Business World

When I got my schedule the week before I started my freshman year in high school, I was disappointed because I had been scheduled to take both Latin I and Spanish I - and I had only wanted to take Latin. So on the first day of school, I switched out of Spanish and into the one remaining spot left in a class usually reserved for sophomores - Marketing I. When you take a business class at Lawrence High School, you are automatically registered for DECA (Distributive Education Clubs of America), an international organization of business students. I think that the scheduling glitch that landed me in Marketing (and subsequently, DECA) was probably the best mistake of my high school career.

DECA is a nonprofit with more than 215,000 members worldwide which runs competitions and conferences for high school and college business students, with a focus on the fields of marketing, finance, hospitality, and management. In DECA, there are two main umbrella categories for competition: written events…
Post a Comment
Read more 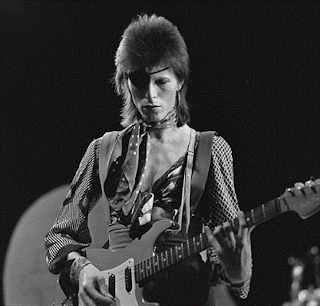 According to Dylan Jones in David Bowie: A Life, When David Bowie died early in 2016, his death was more momentous than John Lennon’s.  Bowie had achieved the pinnacle of worldwide celebrity, wealth, and cultural influence that was completely unforeseen to those who were there during his meteoric rise in the 1970s.  I was living in London as an adolescent early in that decade, although I wasn’t as attuned to pop culture as many of my peers (due to my dislocation from being uprooted every year or two from different continents and regions). I was as gobsmacked as everyone in my generation by the appearance of Ziggy Stardust and his later permutations, and can confirm that after Bowie’s early television appearances, no-one at school could talk about anything else.  Bowie was beyond outrageous, his emaciated androgyny garbed in what was actually high-fashion women’s wear. “High-water” trousers displaying thigh-high boots, his translucent chest on display in billowy blousons, and hair sp…
Post a Comment
Read more

Biking: The Fountain of Youth? 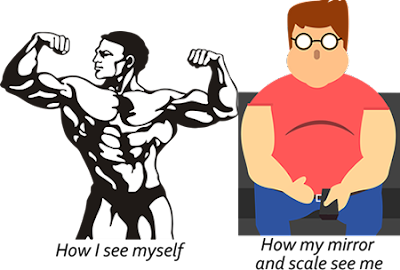 Has this ever happened to you? You want to stay marginally in shape, but you’re not getting any younger. You still run, fitfully, but you never really loved it and you like it less and less with each passing year.  But regular cardiovascular exercise is necessary to keep your tendency toward high cholesterol in check. So what do you do?

I’m asking for a friend.

What? You thought I was talking about myself? Pfffftt! No way! It’s not as though I wake up in the morning with a vision of myself in my mind’s eye as still being a chiseled 20-year-old with non-gray hair, jet-black stubble on his granite jaw that maybe needs a shave this morning—no, no, on second though keep it! It makes you look rugged!—and six-pack abs...only to look in the mirror and go “Who’s that wrinkly dude with the silver hair, jowls, gray stubble and jelly-belly?”

Haha! (Or “LOL”, as the kids in their forties say.) No way that’s ever happened to me!

(Okay, time to come clean: I really was talking about myself the whol…
Post a Comment
Read more

Music CD’s – Where Are They? 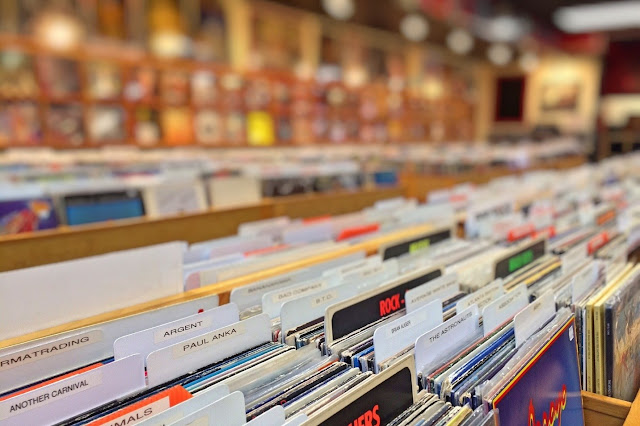 How would you organize thousands of music CDs?

By album title? By composer? By age?

Perhaps you would try the record store way. Of course there are few record stores left, but the stores had a general and very practical approach. Their collections would be organized into music genres: Rock & Roll, Jazz, Opera, Country, and so forth. Within each genre, they would arrange the music by performer or composer, or a combination of both.

At some point in the distant past, record stores even had listening stations, where you could enter a small private booth or area (occasionally like a telephone booth – oops, remember those?) and they would spin a vinyl record for you, piping the music into the booth/area. Probably you had headphones in the booth. Very high tech in the 1960’s!

Here at Mercer County Library System, we own over 15,000 unique music compact discs titles. So just like any store, we have to have a method that lets you find a CD on the shelf and to browse the CDs in some meanin…
Post a Comment
Read more

The Joys of Teaching Children How to Knit 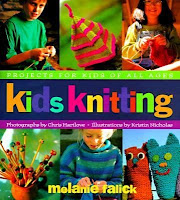 As a Youth Services Librarian, I get to come up with many fun and creative program ideas for children. One of the most engaging and rewarding programs I offer at the library is Tween Knitting. Ever since I began knitting about four years ago, I have become so passionate about this craft that I want to share it with others. Lucky for me, being a librarian has given me the opportunity to teach children how to knit.

There are many stereotypes associated with knitting and knitters, mainly that it is a hobby for older women. You may be picturing a grandma-type figure sitting in a rocking chair knitting a sock; or you may think that knitting is a craft reserved only for women and girls. However, the knitting community has grown tremendously over the years, becoming more inclusive, diverse and fashionable. It is not an outdated hobby, but an ever-evolving one that continues to thrive in an age of mass produced clothing and materials.

So why should children learn how to knit? There are many pr…
1 comment
Read more

New Jersey’s harvest season arrived early this year with yarrow, the first cutting flower at Cherry Grove Organic Farm in Lawrenceville, NJ, taking the trip up to Summit Market along with a record-breaking amount of snap peas. The sun, rain and lack of destructive weather forces this spring has made it possible to plant the zinnias, snapdragons, gomphrena, tomatoes and everything else more quickly than usual.

I drive up the graveled driveway past the woods with the Shabakunk Creek on the right, and the cherry tomatoes and herb garden on the far left. Mae and Hazel, the two pointers, know it is me, and start barking and running alongside my car, muddy and smelling of wild animals. If the dogs are here, the whole farm crew is also on the farm, and flowers in tall white pickle buckets will line the tables in the barn. The black-eyed susans and difficult cockscomb are set apart because I never could understand how they go together; I have come up against my limits at the farm over the yea…
Post a Comment
Read more
More posts