Showing posts from January, 2018
Show all

Discovering Japan Beyond The Guidebooks 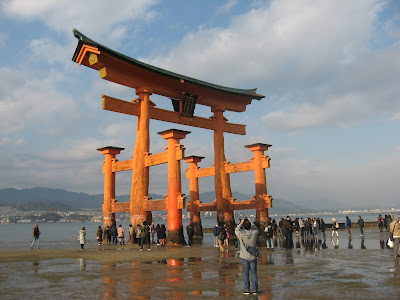 Japan is a country with a rich heritage and many interesting places to visit. Whether you want to live, do business, or simply travel around Japan, knowing something about Japanese language and culture will make your life easier. Japan’s daily life may be difficult to penetrate for an outsider but for those willing to delve deeper into Japanese culture, there are many resources in the library that can help you take on this task. Japanese culture and customs:  Many Japanese cultural characteristics differ markedly from those in the West, so before you go you might want to take a look at a few of these books to help navigate these differences. The Etiquette Guide to Japan talks about some of the cultural differences you may encounter when travelling to Japan. Cultureshock! Japan: A Survival Guide to Customs and Etiquette talks about all the cultural rules of Japan and what differences you should expect to find if you work or travel in Japan. Bending Adversity : Japan and the Art
1 comment
Read more 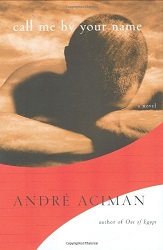 There is some debate over how important an opening line of a book is for the reader. Personally, I will try to give a book fifty pages to give it a chance to win me over. Sometimes, however, that first line lets me know straight away that I am in for something special. It does not happen very often, but when it does, I know the story’s characters and I will be the best of friends during our time together. Recently, I was reading André Aciman’s Call Me by Your Name , and there was something about the novel’s first line, “’Later?’ The word, the voice, the attitude.” I was drawn in from those seven words. Even revisiting that opening line now, I could talk your ear off about about how critical the book's first line is for the entire novel. Some opening lines are so popular that you may have not even read the books, but you still know how they start. For instance, many people can recall Herman Melville’s “Call me Ishmael” from Moby-Dick (1851) or “It was the best of times, it was th
Post a Comment
Read more

Upcycling: From Junk to Masterpiece 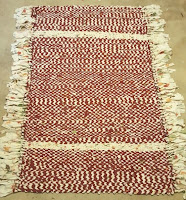 Have you ever looked at something in the trash and thought, “I could use that to make a perfectly good something else?”  If you have, then you have thought about upcycling, or taking someone else’s junk/trash/discarded goods and making them into something new.  You can make something useful, crafty, artistic, or simply reuse something to help reduce waste and make the Earth a greener place.  Whatever your reasons, upcycling is an awesome way to continue the trends of reduce, reuse, and recycle that we all know are so important in today’s world.  One of the cooler upcycled projects I made recently was a farmhouse-style rag rug (the kind that you used to see in your grandmother’s kitchen).  I made it out of two old king-size flannel bedsheets that a friend donated to me because her very industrious dog had chewed a huge hole right smack in the middle of each of the fitted sheets in the set.  The loom I used was also made of upcycled junk consisting of old garden stakes, nails I stol
1 comment
Read more

January marks the beginning of a new year, the perfect time to make positive changes in all areas of your life. Whether you have resolved to eat healthier, exercise more, take up a new hobby, change jobs, spur your creativity, or work harder in your relationships, the Mercer County Library has a vast selection of books that will start you on the right track. Here are just a few: The Nature Fix: Why Nature Makes Us Happier, Healthier, and More Creative By Florence Williams For centuries, poets and philosophers extolled the benefits of a walk in the woods: Beethoven drew inspiration from rocks and trees; Wordsworth composed while tromping over the heath; and Nikola Tesla conceived the electric motor while visiting a park. Intrigued by our storied renewal in the natural world, Florence Williams set out to uncover the science behind nature's positive effects on the brain. In this informative and entertaining account, Williams investigates cutting-edge research as she travels to f
Post a Comment
Read more 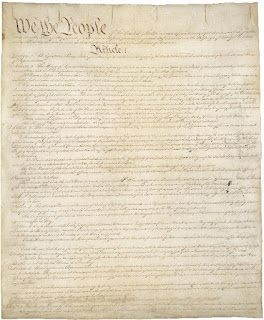 The 2018 buzz phrase might very well be “The United States Constitution.” While I was traveling on NJ Transit, I overheard a family asking a young girl (about 10 years of age) to explain the branches of government. She answered correctly. Television newscasters are relating stories of how health bills become laws.  The Electoral College votes for the president not the populace.  We are living today with a document (The Constitution) created in 1787. Former New Jersey Governor Christine Todd Whitman said, “From the Declaration of Independence to the Constitution to the Bill of Rights, our founding fathers laid out principles that became the very definition of who we are—or perhaps, who we were prior to the last election.”  She continued to say, “It’s not that we were perfect; we didn’t always live up to the ‘better angels of our nature,’ but we were constantly trying, and were safeguarded in our efforts by the protections inherent in those founding documents.” (1) I must ask: Wha
Post a Comment
Read more 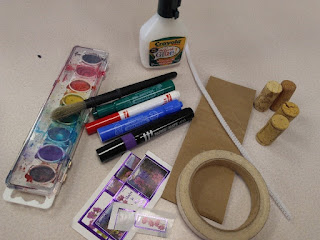 Do It Yourself crafts are a great way to relax and create something useful and enjoyable.   A little glue, glitter or fabric paint can jazz up just about anything!  Sometimes the goal is just about assembling something that makes you smile.  You feel a sense of pride and accomplishment when you finish a craft and display it somewhere around your home. This cork jewelry holder is the perfect organizer for necklaces and bracelets.  It keeps them from getting all tangled up and keeps them easy to see.  The best part is that all the objects you need to make it are things you already have around the house.  It adds a personal decorative touch to your room or dressing area.  Although there are many different products on the market to organize your jewelry, making it yourself will display your personality and make it one of a kind. Materials Needed Card board Paint/Markers Glue Tape 4 Corks Pipe Cleaner Stickers (optional) Step 1: Cut a piece of cardboard into a rectangle.
Post a Comment
Read more

If you have not taken a look at our eLibraryNJ collection of eBooks and digital audiobooks , or have not tried it out in a while, there are a lot of new, user friendly features to help you get started with digital content.  You may also have noticed the titles showing up in a catalog search and wondered what they are, so here is a guide to get you started using eLibraryNJ’s eBook and mp3 audiobook collection. The eLibraryNJ collection is available 24/7 and features both eBooks and mp3 audiobooks that can either be streamed or downloaded to a device.  All you need is your library card to borrow a title.  New titles are added every month and recent changes to publisher contracts have made it easier for us to offer a wider variety of titles. Since the content available on eLibraryNJ can be used on a variety of devices, getting started with the service depends a bit on which device you will be using to access the content.  Both eBooks and audiobooks are available on PCs, Macs, Android
Post a Comment
Read more 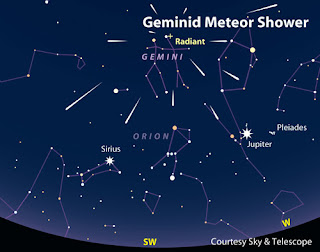 “Heads Up, Earthlings!” NASA’s greeting was followed by the announcement that the annual Geminid meteor shower was about to begin. This meteor shower takes place throughout December and peaked on December 14.  Were you able to spot these shooting stars? Photo credit: Gregg Dinderman/SkyandTelescope.com The Geminid Meteor shower, named for the Gemini constellation that the shower is closest to, happens when Earth passes through a trail of dusty debris from a nearby rocky object called 3200 Phaethon. 3200 Phaethon is either a near-earth asteroid or an extinct comet.  Its trail of dust and rocks are burned up in our atmosphere creating light trails, or what we call shooting stars. Fun for a Chilly January Night Learning about the stars and watching for shooting stars is something families can enjoy together, or kids can do with brothers, sisters, and friends.  Wrap up nice and warm this January and see if you can spot anything in the night skies.  And get ready to stay up lat
Post a Comment
Read more

Many thousands of captivating titles in different genres have been published over the last twelve months, enthralling readers all over the world. There have been outstanding works from both bestselling authors, as well as authors making their debut.  It has been a particularly exciting year for nonfiction books; there are a few titles from authors that have truly defined the year 2017.  Each December, many of the major newspapers and journals publish their list of selections for the best books of the year.  Here are some of the winning works in the nonfiction genre for 2017. All books are available for your reading pleasure at the Mercer County Library System! Grant by Ron Chernow was nominated by the New York Times as one of the Best Books of 2017.  Following his previous highly acclaimed works on Washington and Hamilton,  Chernow pens this brilliant new biography of Ulysses Grant, two-time President of the United States 1869-1877. Through painstaking research, he dispels the co
Post a Comment
Read more
More posts