For the Love of the Game

December 29, 2017
Board games have entertained generations of people, from their start as home-made concoctions to where they are now as myriad mass-produced copies. I have always been a big board game player, but within the past few years I have branched out into the strategy board game world, as they add a higher level of complication and, thus, interest. Though there are many great ones out there, some are far better than others.

Stratego, a classic board game, though fun, irks me because it is only a 2-player game. I have always liked to think about Stratego as the individual battles of Risk (the board game) played out and though that may not be the way that the games were intended, I think that makes the two of them all the more interesting. Risk has long been one of the most popular and divisive pastimes in America and abroad. Probably the most well-known strategy board game, it excels at making its players spend countless hours attempting to achieve world domination. I have found that this domination often comes at the price of the trust (at least in the short term) of your closest friends. Despite the downsides, this game is flat-out great. The original game is very simple, yet still incredibly addictive. The game started out as a map of the world as the game board with tiny soldiers representing a player’s armies and dice representing chance and the various armies’ abilities. The game has since been updated for geographical accuracy and entertaining side-quests to make the countless hours pass with a little more substance in them. Despite Hasbro’s efforts, I still prefer the old-fashioned base model of the game. Whether new or old, countless people have been sucked into this game, trying their hardest to come up with strategies to win this ultimately chance-heavy game. 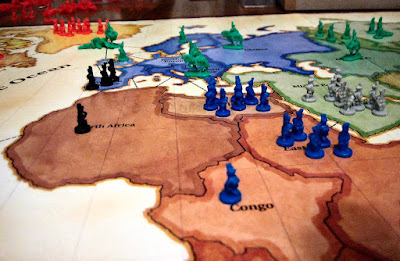 Catan (more commonly known by its original name, Settlers of Catan or simply, Settlers) is another majorly popular strategy board game. Many players of this game actually consider it even more of a friendship-ender than Risk, but I still think I prefer it to Risk anyway. In Settlers of Catan, your goal is to build a thriving kingdom before your opponents, which you do by being the first to achieve 10 “victory points.” What is special about Settlers is that, at the beginning of each game, you build the board using the hexagonal board pieces with which you are provided. Each hexagonal piece has one of 5 resources printed on it so when set up, it looks like a continent with diverse ecology. The gameplay consists of building roads and eventually settlements and cities, from which you accrue resources. You use these accrued resources to build more settlements and other infrastructure, and so on and so forth until the game ends. This game can easily turn cut-throat when you use your roads to block off the path of a fellow player and completely ruin the rest of the game for them. Klaus-Teuber, the maker of Catan, has released several expansions, with which you can alter the gameplay and building to add to the fun. 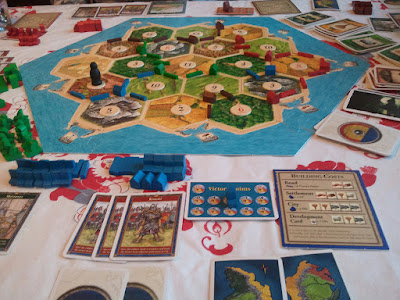 My personal favorite game is Dominion. Though it is less popular than the other two games, it is much more fun, in my opinion. Like Catan, Dominion has several expansions - these expansions make it an even more versatile game than Catan. Dominion is played much differently than the other two games and, though heavy on strategy, is not technically a board game. Dominion is a card-based game in which you slowly build up a deck by recycling money and acquiring different action cards – providing you with various unique abilities – which vary based on the cards and expansions you are using. The goal of this game is to build the most efficient empire and, similar to Catan, the game is won by the person with the most “victory points” at the end of the game. What I love about this game is that no two games of Dominion are ever the same if you switch out even one of the action cards, because each action card makes the game play differently. 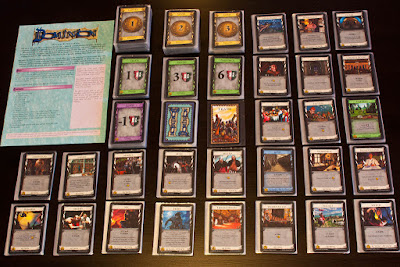 If any of these games sound interesting to you, I would highly recommend all of them! Though they require hard thinking – especially Dominion – they really pay off in the fun that you have while playing.

To learn more about these games, check out: