Utopia in Our Backyard: Jersey Homesteads

February 11, 2020
Here in central New Jersey, we benefit from easy access to major museums in both Philadelphia and New York City - many of which can even be accessed for free through the Mercer County Library System’s museum pass program. But even very close to home, cultural resources are above par. Local museums offer a great opportunity to shake off the winter blahs and expand one’s perspective.


On a recent Sunday afternoon, I checked out one of our system’s newest museum passes and visited Princeton’s Morven Museum and Garden, where the current exhibition Dreaming of Utopia: Roosevelt, New Jersey fills several rooms on the second floor. Displaying over 100 objects from various private and public collections, the exhibit tells the story of Roosevelt, a borough that lies just past the eastern border of Mercer County. Renamed for President Franklin D. Roosevelt upon his death in 1945, the town had been founded as Jersey Homesteads in 1937. Jersey Homesteads was conceived as a communal utopia, where people could employ agriculture and industry to live in a self-sufficient economy.

Established with the support of the New Deal Resettlement Administration, Jersey Homesteads featured farmlands, a garment factory, a school and community center, and homes designed in a modern style. The town’s houses and public buildings reflected the minimalist Bauhaus-inspired International Style, which eschewed ornament and argued that the form of a building should follow its function. The project’s assistant architect, Louis Kahn, later designed the renowned Trenton Bath House complex in Ewing and other international projects. 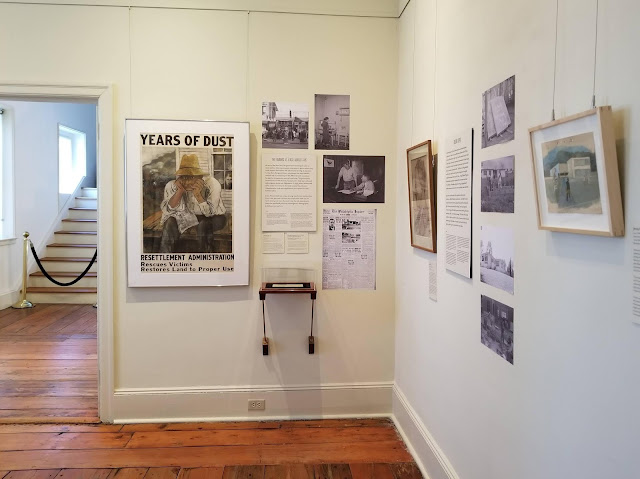 The Morven exhibit explains the development of Jersey Homesteads, its settlement primarily by Jewish residents moving from New York tenements, the ultimate failure of the agricultural/industrial cooperative, and the town’s rebirth as an artistic epicenter. It features original artwork from and inspired by the town’s history, and a large reproduction of the Ben Shahn fresco housed in the public school. As a librarian, I was particularly interested to learn about the library, original to the school building and also initially functioning as the community’s public library. The exhibit even includes a capsule library complete with a reading chair, populated by relevant books including an oral history compiled by Roosevelt third-grade students in 1993. This oral history, with photographs and biographies of the subjects, is well worth a read. 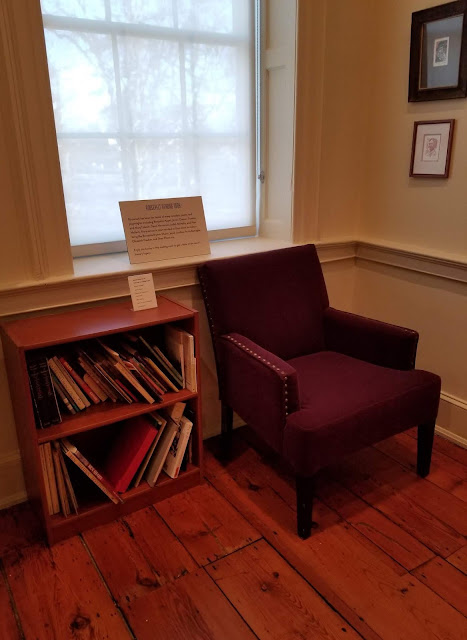 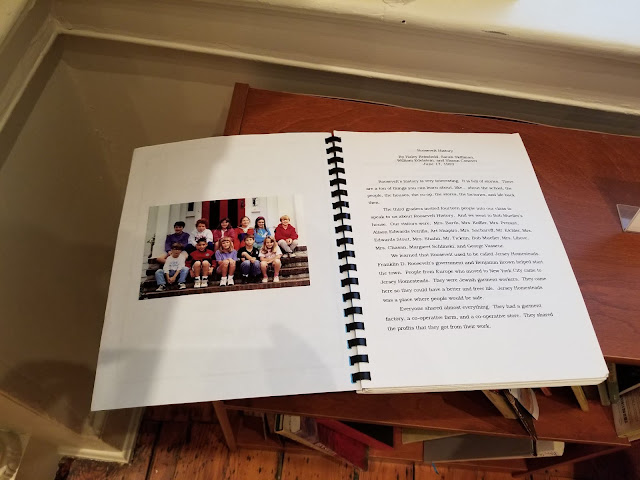 If you would like to learn more about Roosevelt and its many interesting facets -- from architecture to the utopian movement in America to the generations of artists who hail from there – the Mercer County Library has a number of books available for check out.

Roosevelt, New Jersey: Big Dreams in a Small Town and What Time Did to Them by Edwin Rosskam
This 1972 first-person narrative account written by longtime resident Rosskam is an excellent source of town history.

Utopia, New Jersey: Travels in the Nearest Eden by Perdita Buchan
Buchan explores a number of “experiments in living” from the Garden State, including Roosevelt, the “New Deal Town.”

New Jersey Ghost Towns: Uncovering the Hidden Past by Patricia A. Martinelli
While hardly a ghost town, Roosevelt almost from the beginning fell short of planners’ dreams as a cooperative, self-sustaining community.

Utopia Drive: A Road Trip through America’s Most Radical Idea by Erik Reece
Reece places communities like Roosevelt in the larger context of the Utopian movement in America.

AIA New Jersey Guidebook: 150 Best Buildings and Places by Philip S. Kennedy-Grant
This guidebook features a typical house from Roosevelt and discusses what made the community’s design unique and influential. Look through this concise volume for enticing snippets of various architectural landmarks and where to find them.