If 2020 has revealed anything, it is the resilience of art and the music industry. In the face of a global pandemic halting production schedules, canceling world tours, virtualizing live performances, and digitizing award shows, the music industry continues to thrive. Music can make you smile, it can make you cry, and it can heal you. I think we could all use a little bit of healing. “The show must go on”, as Freddie would sing. These musicians have released the most memorable albums of the year, in my opinion. All available through the Mercer County Library System!

After Hours by the Weeknd 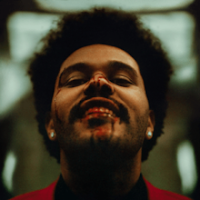 Despite the fact that the Weeknd (a.k.a. Abel Tesfaye) was incapable of promoting After Hours with his world tour or televised performances, he was still able to secure a #1 album on the Billboard 200 and score two #1 singles with “Heartless” and “Blinding Lights” in over twenty countries. After Hours follows Tesfaye’s notable public break-ups with both model Bella Hadid and pop artist Selena Gomez. Tesfaye stages two distinct characters throughout After Hours, one being of a sympathetic nature, and the other being hostile.

In the opening segment of the album, Abel reflects on his behavior and the choices he made in his prior relationships. He perceives himself as a toxic partner and the reason for the couple’s demise. I cannot help but feel empathy for him,; I think that most can relate to managing a relationship defectively and the consequential guilt from failure. Tesfaye sings about turning to hard drugs and alcohol to numb his pain, both of which he has struggled with previously.

“Heartless” is a true return-to-form for the hard-partying, playboy lifestyle that Abel was used to before his relationships. Abel believes that he is beyond redemption and leans into his more villainous side. On the track “Faith”, Abel says that he’s losing his faith in religion and what it means to be invaluable. He would rather risk a life of damnation living his detestable lifestyle than find his peace.

After Hours dives into Abel’s sinister side which draws inspiration from such films as Fear and Loathing in Las Vegas (1998), Joker (2019),Uncut Gems (2019), and Sin City (2005). While the cinematography of After Hours’ music videos plays heavily on the neo-noir side, the album borrows similar production from ‘80s New Wave music such as Depeche Mode and Tears for Fears. You can also hear inspiration from Michael Jackson and Prince. Next year, Abel will be performing at Super Bowl LV’s halftime show in Tampa, Florida. You can also catch him on the After Hours World Tour in 2021! 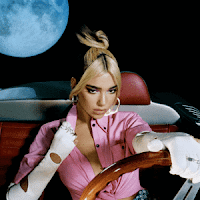 Dua Lipa sure has not heard the term “sophomore slump” as her second full-length album has catapulted her into the popstar stratosphere. Lipa set out to reinvigorate her childhood nostalgia of artists such as Madonna, ABBA, Prince, and Nile Rogers. Future Nostalgia epitomizes an artist in complete control of their sound and the carefree spirit pop music was meant to embody.

If you left your house at all this year, I’m sure you’ve heard mega-hits like “Don’t Start Now” or “Physical” on the radio or played in stores. Dua Lipa dominated airwaves during 2020. Critics praised Future Nostalgia for its cohesion and production. After reaching #4 on the Billboard 200, Lipa needed to halt her spring-summer tour due to Covid-related restrictions. Instead she did a virtual concert titled Studio 2054, a play on the classic disco nightclub “Studio 54” where disco icons and famous celebrities frequently made appearances.

Future Nostalgia is not the only album that pulled inspiration from ‘70s disco this year, but it certainly is one of the best. I find myself coming back to songs like “Hallucinate” when I want to dance, or “Boys Will Be Boys” when I feel like singing. If you are in the mood for some feel-good music with a purpose, Future Nostalgia is the album for you. 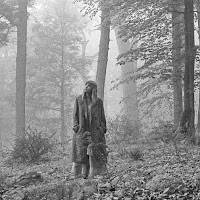 If releasing two separate bodies of work in the span of a year doesn’t impress you, surely both of them reaching #1 on the Billboard 200 will! Taylor Swift is once again proving her pop superstardom by releasing Folklore (And Evermore) during a year where many artists failed to adapt to a changing entertainment landscape.

Folklore sees a return to Taylor’s singer-songwriter style of music. Taylor’s lyricism is unmatched, as usual, but the production takes a seat on this record. Jack Antonoff (of Fun. and Bleachers fame) lends his ear yet again on this project, making this the 4th Swift album to be produced by Antonoff. Folklore’s themes include those of both fictitious as well as non-fictitious love, marriage, infidelity, noir, and grief. It’s the perfect album to get lost in if you’re feeling a bit nostalgic for better times.

Taylor Swift showcases her best talent with Folklore, her song-writing. Taylor has been painting portraits for us since her self-titled album, but her song-writing prowess has matured tenfold since then. If you’ve experienced loss this year, give Folklore a listen. 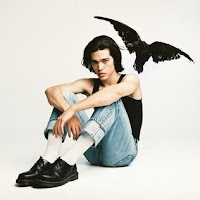 If there’s one thing Conan Gray is successful at, it’s creating indie-pop classics. I think Conan is one of the most promising new acts to come on to the male pop scene since Troye Sivan. Gray is a phenomenal song-writer, especially for his age (22 at the time of writing.)

Conan takes his lessons in song-writing from his idol, Taylor Swift. This is clearly evident in songs such as “Wish You Were Sober” and “Checkmate” where he is channeling Swift in ways that make Kid Krow truly memorable. I love that the lyricism on this album draws inspiration and imagery of the end of high school and the beginning of college, often a confusing transition for many young adults.

Kid Krow is Conan’s debut album, and it reached #5 on the Billboard 200. Gray was stunned when Swift herself expressed that she’s a big fan of his, as well as his album. Imagine if your debut album made it to the top of the charts and your all-time favorite artist notices you! Conan must have been seeing stars for much of 2020.

The Slow Rush by Tame Impala 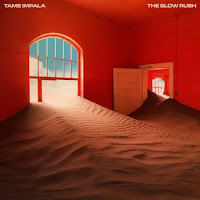 If 2020 has given me any semblance of hope to hold onto, The Slow Rush by Tame Impala was that hope. There is just no artist quite like Kevin Parker. That’s right, Tame Impala is the brainchild of one uber-talented musician.

Parker’s previous album, Currents, was an absolute game-changer for rock music. The Slow Rush takes on a more pop-friendly psychedelic rock and disco sound that could come straight out of a Supertramp album. You’ll also hear inspirations such as Led Zeppelin, Pink Floyd, The Bee Gees, John Lennon, etc. but Parker doesn’t simply cut-copy-paste their formula, he makes the genre entirely its own entity with plenty of reverb.

The Slow Rush deals with one of the few unifying factors of life: time. We’re all on a schedule whether we want to be or not. Whether it’s the absence of time, dwelling on previous relationships, forgiving your parents, or just having patience, Tame Impala dives deep into the concept of time that makes for a cohesive listen.

As the first album from Parker since 2015’s Currents, The Slow Rush was a long awaited release that only makes us fans hungry for the rest.

“Borderline”, “Posthumous Forgiveness”, “Breathe Deeper”, “On Track”, “Lost in Yesterday”, “Is It True”, and “Patience” 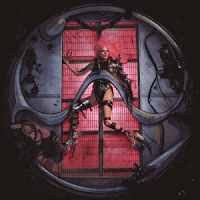 Besides postponing Chromatica in order to co-curate a Covid-Relief Benefit Concert, performing at a virtual MTV Video Music Awards, and singing for the Presidential Inauguration of Joe Biden, Lady Gaga still found time to give us a cohesive and nostalgic sucker punch reminiscent of the Gaga we all went Gaga for!

Chromatica is a world created by Lady Gaga, it’s a world without hate or violence, a world where love is the language and equality is the rule of law. It’s escapism at its finest, especially during a time where many of us needed an escape. This album deals with tough subjects such as mental illness, thoughts of suicide, drug use, abuse, and death.

From the cover art, you can tell Gaga was inspired by her love of video games and cyberpunk-type fashion. A complete 180 degree spin from her last effort, Joanne, which mostly consisted of acoustic instrumentation and strong vocals. Some consider Chromatica a true return-to-form for the pop superstar, but I see it as a reimagining. If you’re into sad songs to dance to, this might be the album for you.

Gaga, with the help of Elton John, BLACKPINK, and Ariana Grande, bring Chromatica to life in stunning form. A form that we were not gifted to see with a world tour in 2020, but the door is still open for a return in 2021. 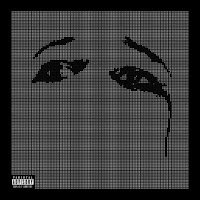 Deftones are the kings of melding soft, melodic vocals with aggressive and relentless instrumentation. Vocalist Chino Moreno has an instantly recognizable voice in the music industry, one that transcends genre. In their 9th studio album, Deftones return to their alternative metal roots, similar to their album White Pony melodically.

Ohms received generally positive reviews, many reviewers praising their nostalgic sound making a comeback after years of a more nu-metal sound. An ohm, by definition is an electrical resistance between two points of a conductor. Since many of the albums songs deal with heartbreak and loss of love, the title is fitting and unique.

Imploding the Mirage by The Killers

Post-Human: Survival Horror by Bring Me the Horizon