The Highest Kind of Poetry

On January 20, 2021, President Joe Biden's Inauguration Day, the twenty-two year old poet Amanda Gorman was invited to read her poem "The Hill We Climb". In a calm and clear voice, the former National Youth Poet Laureate connected millions of people's hearts through those powerful lines:

"When day comes, we ask ourselves, where can we find light in this never-ending shade?
The loss we carry. A sea we must wade.
We braved the belly of the beast.
We’ve learned that quiet isn’t always peace, and the norms and notions of what “just” is isn’t always justice.
And yet the dawn is ours before we knew it.
... ..."

When a poem is recited in front of a worldwide audience through television and the internet, it is a high-profile example of a 21st-century “occasional poem”. When it gives hope to all, unites people from left and right, and has the power to heal different kinds of wounds, it is truly as what the great German poet Goethe declared - "Occasional Poetry is the highest kind."

According to the Handbook of Poetic Forms, occasional poetry is a genre that covers a wide range of topics. It is written or performed in certain personal or public events, such as weddings, funerals, birthdays, sports gatherings, political demonstrations, etc. Historically, occasional poetry played a large role in many cultures. In ancient times, Greek poet Sappho, the Chinese poet Qu Yuan and the Roman poet Horace all wrote occasional poems embodying important events. Many modern poets continued this tradition. Only the means of delivering them to people are different nowadays because of multimedia dissemination.

Most occasional poems are often lyrical due to the purpose of performing in front of a crowd. It was certainly true in former times. However, it is not necessary nowadays, because poems can be published in newspapers while the events are happening. Former Poet Laureate of the United Kingdom Carol Ann Duffy published many of her occasional poems in the Guardian during her laureateship, a seemingly daunting job created partly for the purpose of writing about British public events.

One of the poems is titled “Long Walk”. It was published one day prior to the wedding ceremony of Prince Harry and Meghan Markle in May 2018. The poem is both personal and public. It reminded the public of an image many years ago, when 12 year-old Prince Harry was walking a long and difficult walk behind the coffin of his mother princess Diana.

In some cases, a poem is not written for a specific event, but becomes a popular one because so many people read it. W. H. Auden’s “Funeral Blues” is one of this kind. The poem starts with such a strong emotion, that it can immediately turn people into mourning moods:

“Stop all the clocks, cut off the telephone.
Prevent the dog from barking with a juicy bone,
Silence the pianos and with muffled drum
Bring out the coffin, let the mourners come.” 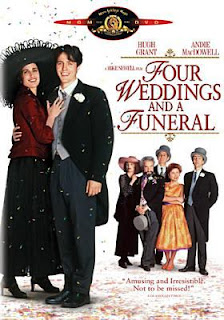 The poem was written for a 1936 play. Later Auden rewrote it as a cabaret song. It is read in its entirety by a character at a funeral, in the 1994 British romantic comedy film Four Weddings and a Funeral. Since then, it has been read at many funerals, and became one of the most popular modern poems.

Many beautiful love poems become popular wedding poems for the same reason, such as Carl Sandberg’s "I Love You”:

Stanley Kunitz’s “Passing Through” was written on his seventy-ninth birthday. It offers us a unique angle of looking at ourselves:

“... Maybe
it’s time for me to practice
growing old. The way I look
at it, I’m passing through a phase:
gradually I’m changing to a word.
Whatever you choose to claim
of me is always yours;
nothing is truly mine
except my name. I only
borrowed this dust.”